Are Blackouts the Last Obstacle for Legal Streaming?

Not that long ago I wrote about free legal streams and their fast expansion. Less than a year ago Yahoo offered the first ever free NFL broadcast on their website. It didn’t take long for other massive websites to follow. I will not go into the details about that. I already did in the previous two articles (NFL Europe: Yahoo risks and everybody wins! and Free Streaming is Not a Risk Anymore).

This time I will write about another legal way of streaming sport events. The one that is not free. Why do I care about steaming of sport events so much? Well, I live in a country where I couldn’t watch most of sports I like if there wasn’t for the Internet.

Many people have the same problems as me, but at least when I pay for sport broadcast streams I get to see the games that were the reason I paid for those packages. Quite a significant amount of people used to get unpleasantly surprised upon paying for online sport packages. This article is mainly about those people.

How Can You Pay and Get Disappointed?

In the United States there are regional and national blackouts, and as far as I know, so far they are limited to the United States. When a local TV channel purchases the rights to a sport event, those rights cover the rights for that event throughout that geographical location. To simplify this, if a local TV station carries an NHL game, legally bought NHL package can’t show that game in that area. And since local TV stations usually carry games that cover local teams, customers can’t watch their local teams when they buy online streaming packages.

Sport events can also be nationally covered. In that case the event can’t be seen via legal streaming anywhere in the United States. These blackout rules are controlled by the leagues, sports associations and networks that purchase the broadcast rights.

As a Croatian I’m not affected by this so far, but I can see it becoming a problem in the future. I can see myself buying a still non-existing Champions League streaming package, that would blackout a game I want to watch because a local TV station bought the rights for that game. And I don’t want to subscribe to that TV station, because it is too expensive, since it broadcasts only some of the games and I want to see, while broadcasting plenty games I don’t care about. We already have the problem with Netflix in Croatia. Here on Netflix you can only watch the shows whose TV rights are not owned by local TV stations, making it something like 20% of material available in the United States.

With time, monthly prices for sport TV stations will grow forcing me to pay more and more for sports events I care about, but also for sport events I don’t care about. That is why I think it is crucial for me to be able pay for packages that specifically broadcast sport events I want to see.

TV stations don’t work like that, I understand this, but the Internet can work like that and it already works like that in the United States. It’s just that the blackouts damage its appeal.

How Can We Get Rid of Blackouts?

I like to believe that when there is a will there always is a way.

The US Sports Broadcasting Act of 1961 excluded professional sports from federal antitrust laws. It allows the leagues to separate individual team’s rights. To show you how the exemption of a sport league from antitrust laws can lead to absurd situations we have to go to San Francisco Bay Area. Due to this exemption, the court had to rule that the Oakland A’s cannot relocate to San Jose, because it is within the broadcast area of another MLB team – the San Francisco Giants.

In 1961 the broadcasting rights where a major source of income for sports leagues (as they are, of course, still today) and this act was intended to protect the leagues. It was never intended to obstruct the fans’ ability to enjoy sport broadcasts. Senators John McCain (Republican from Arizona) and Richard Blumenthal (Democrat from Connecticut) introduced the Furthering Access and Networks for Sports (FANS) Act. This bipartisan act has an awesome name, don’t you agree. Anyway, back to the topic. This act represents the effort in the US Congress to end market blackouts. So there is a very official attempt in the US Congress to prevent blackouts.

“Special breaks should be stopped for professional sports leagues that impose anti-consumer blackout policies leaving their fans in the dark. Leagues that enjoy antitrust exemptions and billions of dollars in subsidies and other benefits should give their fans fair access to their favorite teams on TV. This legislation would protect fans who now get the short end of the stick from leagues that treat the public with contempt while continuing to enjoy public benefits. Fans deserve to be put first – or at least treated fairly.”  – Richard Blumenthal (Democrat from Connecticut) introduced on FANS Act.

I know, this does not affect the rest of the world, but the US sport leagues have the United States as their major market and if the FANS Act succeeds I’d like to believe that it will prevent the blackouts from appearing worldwide. At least when it comes to the US sport leagues.

In 2012, NHL fans tried to prevent the blackouts in court. The NHL also enforced the legal stream blackouts, because its teams owned the exclusive broadcast rights in their local markets. Since the local TV stations were naturally opposed to the cheaper competition they prevented the NHL to broadcast local games on its own streaming service. The court explained the interesting situation NHL blackouts create: “No one in New York has access to any live presentation of a contest involving the Rangers over the Internet, despite the fact that Rangers’ contests are routinely streamed over the Internet to consumers elsewhere…The sole reason for this restriction is to interfere with competition.”

In 2015 the plaintiffs were allowed to act collectively against the NHL. Soon enough the NHL proposed a settlement, promising to decrease the price of the streaming package, but also the NHL promised to create a single team packages for even lower costs. But, at the end of the day, this settlement still didn’t eliminate the blackouts.

The process to stop blackouts didn’t stop with this settlement. Recently, agreements were reached between the NHL, the MLB and Fox Sports that concern streaming. Those agreements prevent blackouts of local market, just in case that the fans buy a subscription which includes a local regional sport network. And, of course, this deals only concern local markets where Fox owns the local broadcast rights.

Fox now has a portfolio of in-market streaming that includes the MLB, the NBA and now the NHL. Even though this solution is still not ideal, it is the move in the right direction. This decision was certainly a response to the FANS Act proposal and the collective lawsuit against the NHL. The leagues were aware that the FANS Act can potentially pass and that the next lawsuit might not have been settled in court and the court could actually determine that local market blackouts are a violation of federal antitrust law.

This deal is significant because it now creates, for the first time, a way for fans to stream in-market games. All the leagues should now concentrate their efforts and try to reach similar arrangements for their valuable fans in other markets.

Legal streaming via official leagues’ website is global and it offers the fans that were never exposed to a certain game an opportunity to become loyal fans, able to watch games live. I don’t even have to start writing about possibilities for global or local sponsorship deals this way of game broadcasting will offer. Fan data will be easier to gather and analyze. On top of that single pay-per-view events will be easier to organize.

With time and a further evolution of technology fans will have different preferences of platforms on which they watch sport events. Streams can be viewed on every device able to connect to the internet and with time tablet game watching and mobile phone game watching will only grow. Streaming will allow fans to personalize information, stats and data shown to them during game breaks or shown to them on their news ticker. This information and stats could be made accessible during the game without the need to close the game video. This way fans will feel more connected to their teams.

Sponsors will also be able to target fans individually during games with adds targeted especially to them, allowing the leagues and sponsors to gain more optimal return of investment.

Fans will be able to share the stream links via social media and in that way the fans themselves will provide the leagues free social advertising. And for last but definitely not the least, fans will be able to buy packages that will bring them sport events they are interested in and plan to watch, without unnecessary extra charges. 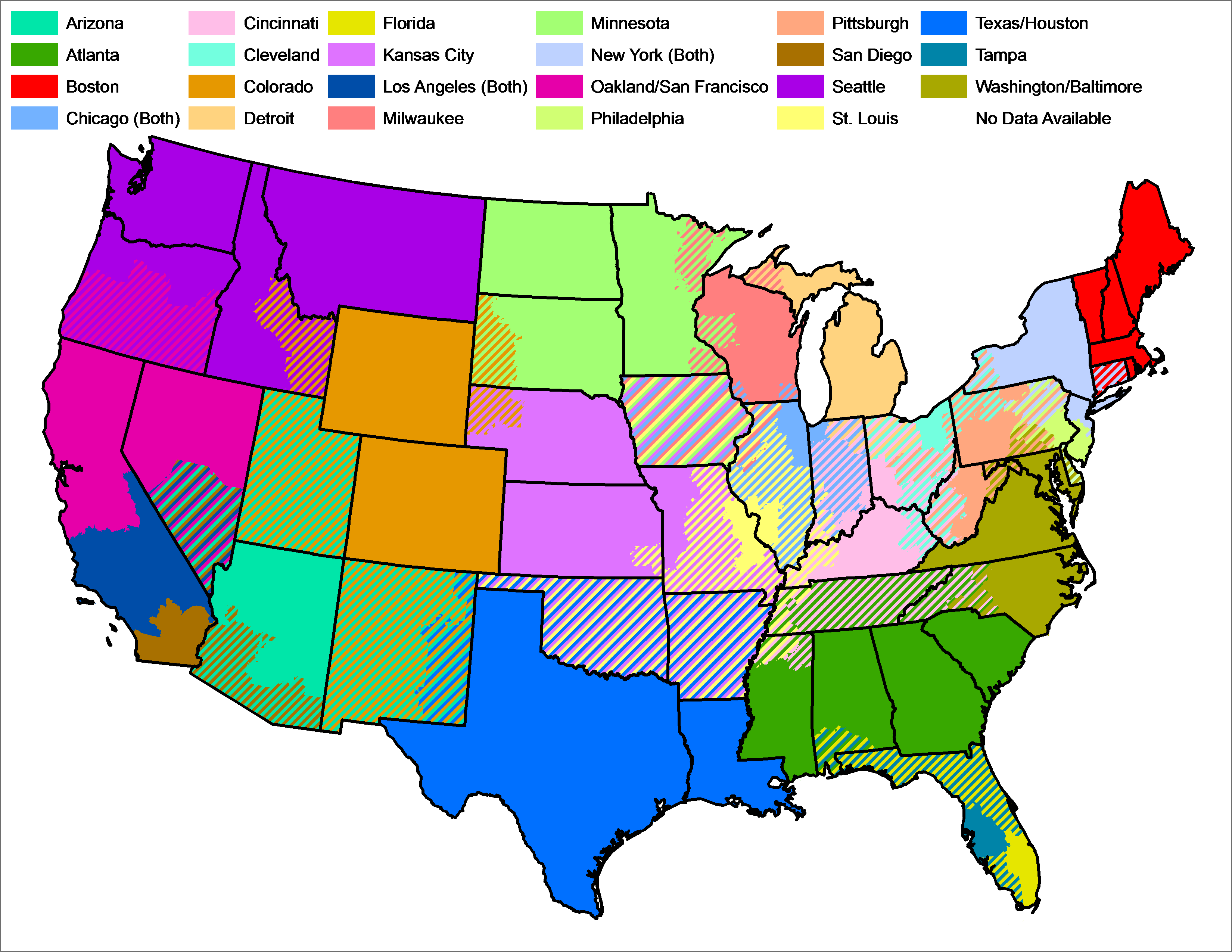 Based on the current growth rate, number of free legal sport streams on websites like Facebook, Twitter and Youtube will not stop, at least for a while. But with time there will be worldwide paying packages, owned by the leagues, that will bring legal sport streams. Sport broadcasts will be Netflixed in the future.

At the moment TV broadcasters still own most of the broadcasting rights, but leagues would surely prefer to be the direct owners and distributers of their own broadcasts, growing their brand while directly interacting with the fans.

But this transition, from TV broadcasts to legal streams, has to be properly analyzed, so that the main revenue source for the leagues – broadcast revenue, doesn’t take a hit and damages the growth of the sport. At the same time leagues still have to have in mind fans that still do not have internet connection.

I watch some sports and some leagues, but I don’t watch other sports or other leagues. Same as every other fan. If I want to buy a TV sport package to cover all the games I want to watch I have to pay for channels and games I don’t care about and will never watch.

With legal streaming in the future, a fan, let’s call him Frank, would be able pay, for example, for NHL package, Phoenix Suns package and Bundesliga package without any extra costs. That would make Frank happier. And that would make Frank’s wallet happier, since Frank would have extra money to spend on NHL, Suns and Bundesliga merchandise as well as on products that were advertised during those games specifically with Frank in mind.

That would be a triple win situation.