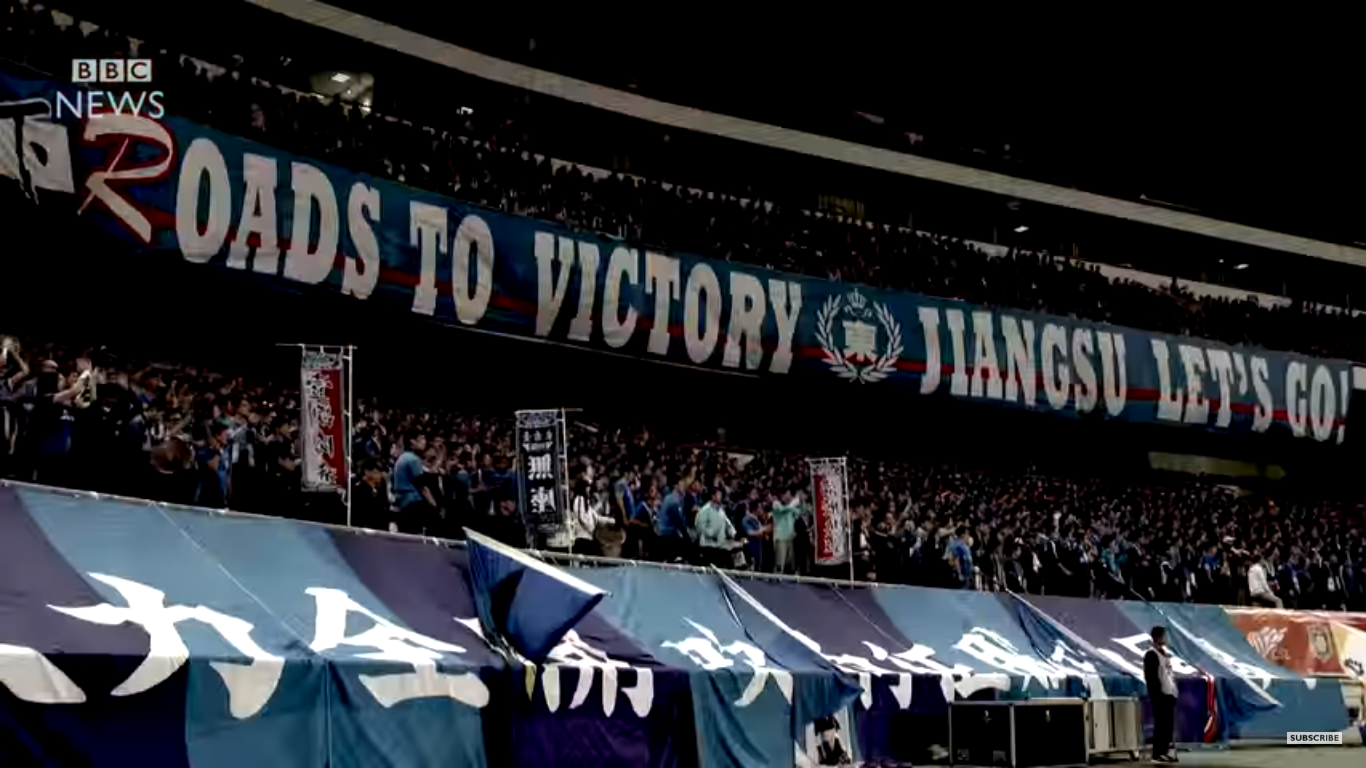 China is the most populated country in the world, and lots of experts and analysts believe that China will become the world’s next football superpower. In many areas, China is catching up with the world, but in one field it is still a big under-performer. China is considered to be a third-rate country in football. However, they want to change that fact. Recently, Chinese government has released a comprehensive football reform, and they are planning to become a new football superpower.

“It is absolutely the right time to be in Chinese football” – Sven Goran Eriksson, Swedish football manager, the coach of Shangai SIPG.

REASONS WHY CHINA WANTS TO INVEST IN FOOTBALL:

“China is already in 5th or 6th place in Asia, being among the top Asian teams in 14 years is not that difficult, provided by the systematic improvements in youth training underway. Making a world class team by 2050 is far more difficult, even Japan and Korea are by no means world-class teams.” –  Liu Xiaoxin, chief editor of Soccer News.

But, Chinese government’s goal is to make China a great sports nation, and the primary focus is on football. Because, as they stated, football has a great social impact and it is loved by masses. Also, they believe that becoming a great sports nation will have a significant importance for the development of Chinese economy.

The Chinese government believes that progress of football in their country will largely improve the wellbeing of the average Chinese person. According to some studies, China has the second-largest number of obese people in the world (behind the United States).

Xi Jinping, the president of China and General Secretary of the Communist Party of China, has been a passionate football fan since he was a child. Xi is the key factor why football became China’s top sporting priority. He expressed three football wishes several years ago: China to qualify for another World Cup, to host the World Cup and to win the World Cup.

What China wants is to make benefits from the combination of domestic conditions and international experiences. They want to learn from the experiences of developed football countries and apply it to Chinese characteristics.

When talking about short-term goals, they want to produce three first-class football clubs and double the number of registerd referees in the next five years. The document stated that every county and suburban areas should have two standard fields, and every residence compound in the cities should have at least one fine-a-side court (futsal). In the next ten years they are planning to build 50,000 football schools.

China is planning to hire lots of domestic and foreign football experts, senior coaches and retired players. The primary focus is on the children and students. The central government will provide studies on a national level on how to train and how to organize football matches and competitions.

Shorty, they want to embed the development of football in economic and social development planning. The State Council has made orders to eliminate the unreasonable bureaucracy when talking about organising sporting events. They have to improve the management system, the governance structure of professional clubs and promote innovative management of sports venues and facilities. 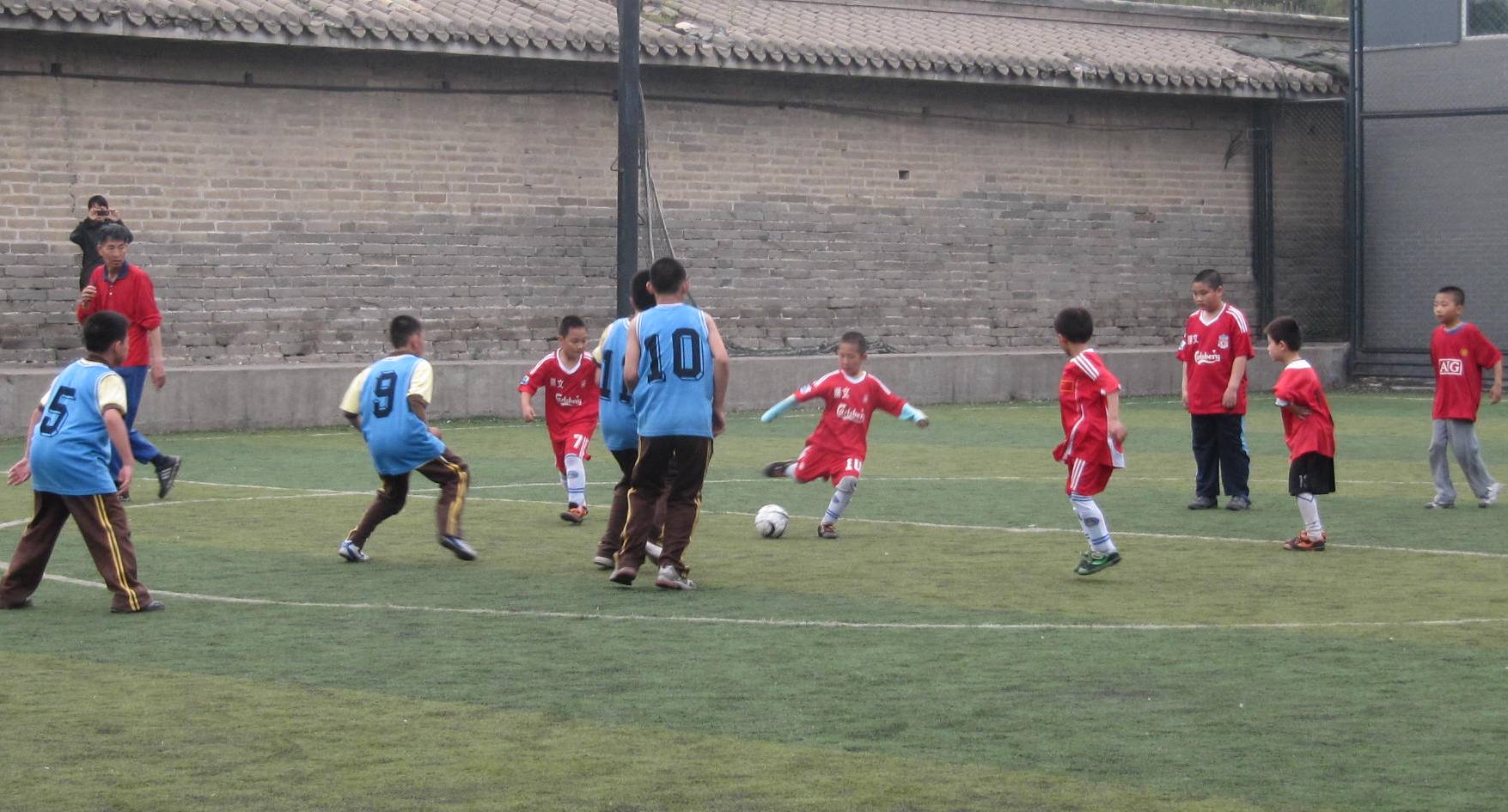 So, as it was stated before, China wants to have around 50 million soccer player before 2020. But, before that, they want to ensure they have the best clubs in Asia. During the last transfer window, Chinese Super League spent $366 million, nearly $100 more than clubs in English Premer League. Chinese clubs spent more than Spain, Italian, German and France clubs combined.

The club that spent the most was Jiangsu Suning, who bought Brazilians Alex Teixeira for €50 million (from Shakhtar Donetsk) and Ramires for €28 million (from Chelsea). Guangzhou Evergrande, which is partly owned by the Alibaba group, bought Jackson Martinez from Atletico Madrid for 42 million.

Guangzhou, whose head coach is Luiz Felipe Scolari, won two of the last three AFC Champions Leagues which were the first Chinese titles after 1990 when Liaoning Whowin clinched the only previous title.

Also, Chinese investment in foreign clubs has also exploded. Over the last couple of years, Chinese investors have acquired stakes in football clubs in England, Spain, France, and Netherlands. Recently they acquired 13% stake in Manchester City, 20% stake in Atletico Madrid, 56% stake in Espanyol, complete ownership of Sochaux and some more.

“We must start with children to improve the football standard in China and get more children involved” – Wang Jun, Beijing Commission of Education.

Million € is the total value of clubs in CSL

Million $ were invested in Manchester City by the Chinese consortium CMC

“This is very much about the local community, the grassroots development of football, but also education and personal development. I can envisage China in 10-15 years being a sports-industry giant in the same way as America currently is” – Simon Chadwick, Coventry University Business School.

China wants to become the greatest sporting nation in the world and they are putting the biggest focus on football, the most popular sport in the world by far. The Chinese government recently released a comprehensive football reform with three goals.

They want to increase the soccer-playing population to 50 million by 2020. They want to be the best team in the Asia by 2030.  And they want to host the World Cup and have one of the strongest national teams in the world by 2050. 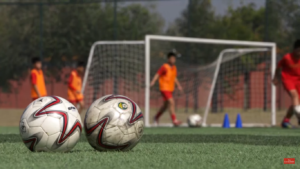 Chinese government intends to insure around 70 000 football courts in the whole country; to educate coaches, referees and club administration on how to organize football matches; improve management system and involve more than 30 million children and students into playing football.

My opinion is that China won’t be a World Champion by 2050, but they can definitely become the best football country in Asia and a constant participant of World Cups.

What is your opinion about newly Chinese football reform? Please share it in comments.