Why should destinations use sport for their promotion?

The modern globalized world changed the conditions of the global market competition. The rapid progress of globalization implies that every country, city and region have to compete for their share in the world’s consumer, tourism, investment, entrepreneurship, sporting and cultural events. Also, the impact and the influence of public on political and business decisions has never been greater.

Tourists, foreign investors and consumers, as well as a high-quality foreign labor force, base their decisions on where to go on very few information and recommendations, and the number of attractive destinations is increasing. In such a competitive market, cities and countries must have unique features which will distinct them from others.

The power of „soft power“

Nowadays people are daily swamped with thousands of information and they are more likely to generalize. So, the image of a particular company, product, and even cities and states is increasingly gaining importance. In the modern world, image and presentation are superior to facts and reality. Today it is necessary to be different from the competition.

American political scientist Joseph Nye has developed the concept of „soft power“ according to which modern states and cities compete less through their military, economic and political power. In fact, more market space is opening up for states and cities whose greatest wealth lies in areas such as nature’s beauty, stability of the social model, cultural excellence, heritage, wisdom and worldview of people.

That concept can especially be applied on smaller countries and cities which can gain their comparative advantage in the market competition against countries and cities that possess  more “hard power”. Thus, smaller states and cities have to use other tools in order to assert themselves in the minds of the global public and to have a positive public image. Sport is, of course, one of the best tools. 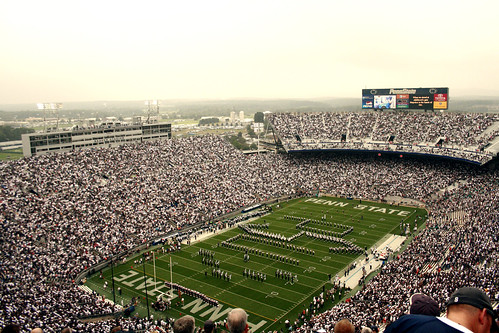 Sport – one of the best promotional tools

Sport is one of the most profitable industries in the world, and some of the sports competitions have an audience of several billion people. One of the specifics of sports is the fact that in sport, „small“ can often be greater than the „large“, and the whole world can witness their success. The power of promotion through sports should be used mostly by states which are not so „over-hyped“ because that form of promotion has a much greater effect for them. The examples are the Carribean country Jamaica with its athletes and the small Baltic country Lithuania which had great promotional benefits from their basketball team. 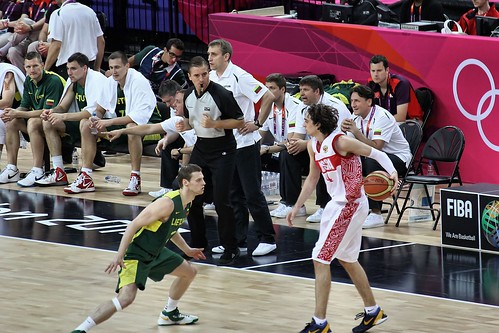 My homecountry, Croatia, had a very big problem when it gained its independence in 1991 after the desegregation of the former Yugoslavia. Croatia was a small country with a population of approximately 4.7 million and the global public had known very little about this small and unfamiliar country, which was affected by War for Independence (and war is always associated with negative emotions). But then, Croatian sport has appeared.

Croatian national basketball team, led by the legendary Dražen Petrović, clinched a silver medal in the 1992 Summer Olympics in Barcelona and provided the biggest resistance on that tournament to the original American „Dream Team“. Croatian handball selection clinched the gold medal four years later in Atlanta, but Croatia had the biggest promotional benefits in post-war years from the national football team which clinched the bronze medal on the Fifa World Cup 1998. hosted by France. WC 1998. had a television reach of 33.4 billion people, so the whole world had an opportunity to get to know our small country which played its matches in a unique „checkered“ visual identity.

After France ’98., Croatia has often used sport in order to promote itself globally as a small but beautiful country that cherishes democratic values. Goran Ivanišević, Janica and Ivica Kostelić, Croatian football, basketball, handball players and many others frequently „dressed“ in Croatian flag, talked proudly about our country during major sporting events. We can say that athletes did more for the promotion of Croatia than all tourist organizations and politicians put together. 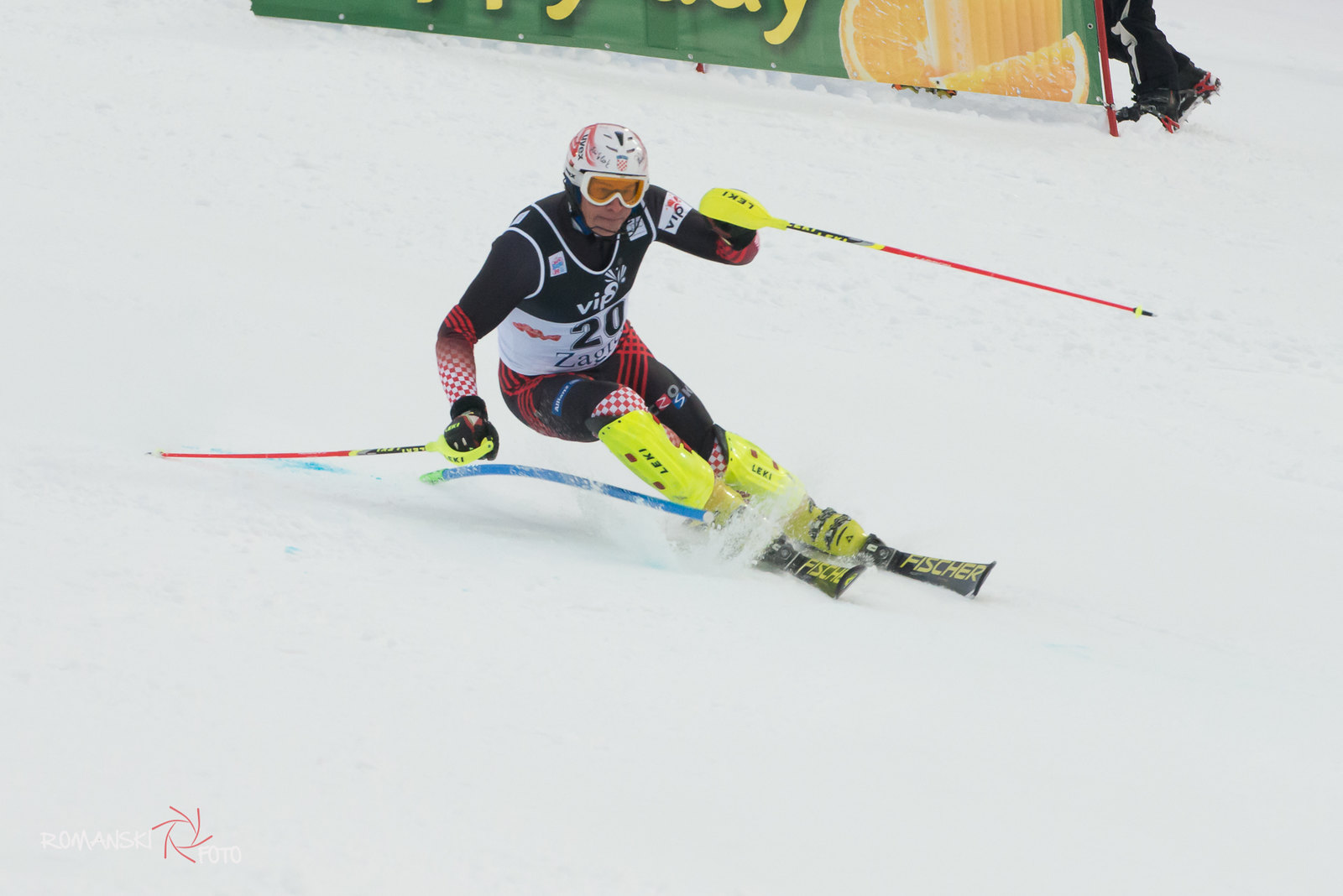 Promotion through sport is considered to be the purest and most positive type of promotion because all competitors in sports events have an equal chance to succeed. Certainly, sports promotion is one of the most popular and the most far-reaching promotional channel. Therefore, it is necessary that world’s destinations and their governments combine sport with quality promotion and fans who can be the best promoters of a destination given that they are proud of the success and identity of their team.

The most attractive and the most lucrative strategy for destination branding and representing it to a million people audience is the organization of global and continental competitions, of which the most highlighted are the Summer Olympic Games and the football World Cup. Organization of such sporting events has a huge effect on the creation of the image of the destination and its positioning in the world. Also, the cities and the countries which organize such events enjoy the benefits before, during, and after the competition.

The organization of the Olympic games and Fifa World Cups enables the strengthening of the international recognition through global media exposure, attracting the investors and arrival of visitors and spectators. But, such organization also has a long-term benefit such as infrastructure construction and reduced unemployment.

Through the opening ceremony, host countries and cities want to tell the world their story, promote their traditions and rituals, and, finally, they want to provoke emotions among billions of people. 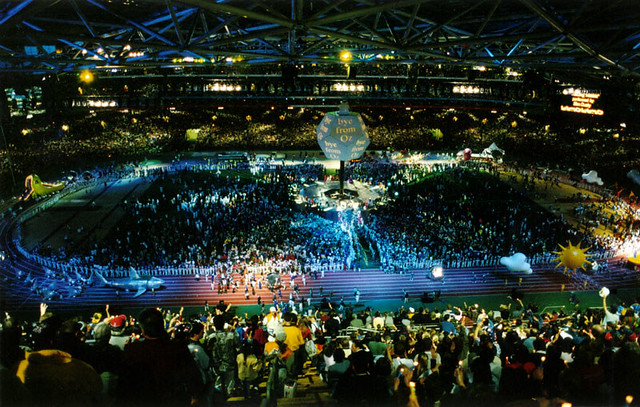 Because of the great organization, atmosphere and hospitality of local people, Sydney is the city which best used the opportunity of hosting the Olympics to build their own brand. The 2000 Summer Olympics were watched by 3.7 billion people in more than 200 countries and Sydney hosted around 1.6 million visitors during the Olympics. 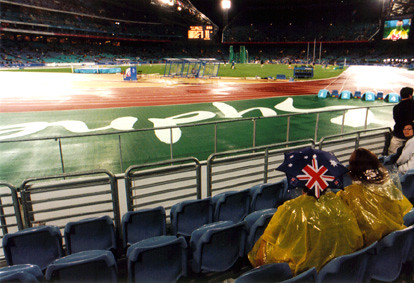 The campaign name was „Australia 2000 – fun and games“, and its goal was to promote the positive image of Australia, to increase the long-term investments and to gain social benefits. They didn’t only want to broadcast the usual tourist sights, but to promote the Australian lifestyle and Australia as a brand. In fact, 15 years later Sydney is still perceived as the Olympic city.

An excellent promotion of the destination through sport were done by New York with their marathon and NY Yankees, Chicago with Chicago Bulls, France with Tour de France and Roland Garros, Monte Carlo with Formula 1 race, London with Wimbledon, Munich and Bavaria with Bayern, Barcelona, Madrid and Manchester with their football clubs, etc.

New Zealand made an excellent job by branding its rugby national team „All Blacks“ – threatening black sportswear, the silver logo of fern and scary haka dance (a ritual taken from Maori Culture) did quite well in the promotion of that far and beautiful former British colony. All Blacks clinched a gold medal during the 2015 World Cup hosted by England.

Brazil had a great use of their football national selection, popularly called „Selecao“, which became a platform for presenting the Brazilian culture to potential tourists, local residents and investors. They certainly made a great usage of hosting the latest Fifa World Cup in 2014.

Because of its great popularity, the promotional power of sport in modern globalized society is enormous. In the past a lot of different cities and countries used sport to promote itself to the global audience. In the modern globalized world, a lot of space is opening for destinations which do not have a large amount of „hard power“. Smaller countries can gain a comparative advantage with their positive image in the eyes of the global public.

As it was said, sports can make a strong effect in the promotion of destination. Great example is my homecountry Croatia which used sport to promote itself to global audience after it gained its independence. To promote your destination through sport is assumed to be the most positive type of promotion because all competitors in sports events have an equal chance to succeed. So, sports clubs and national selections should consider talking with local authorities and to cooperate in the promotion of their destinations because the benefits will be mutual.

We would like to know if you have some interesting examples of destination branding through sports?