#EpicBrozo: how to turn a spontaneuos social media photo into a viral hit

In the last few months you might have noticed a lot of photos of people on different social media platforms standing in a similar pose, with index finger below the chin, and with a thumb on the face accompanied with an unavoidable hashtag #EpicBrozo.

This new social media trend started a few months ago, after the Croatian midfielder Marcelo Brozović, who plays for Inter Milan, posted his picture in that pose while driving a car with his girlfriend and sister.

Some people would be offended by this type of humour, but not Brozo. He embraced it (and being able to laugh at yourself is one of the best types of humour) and used this social media trend for his benefit. 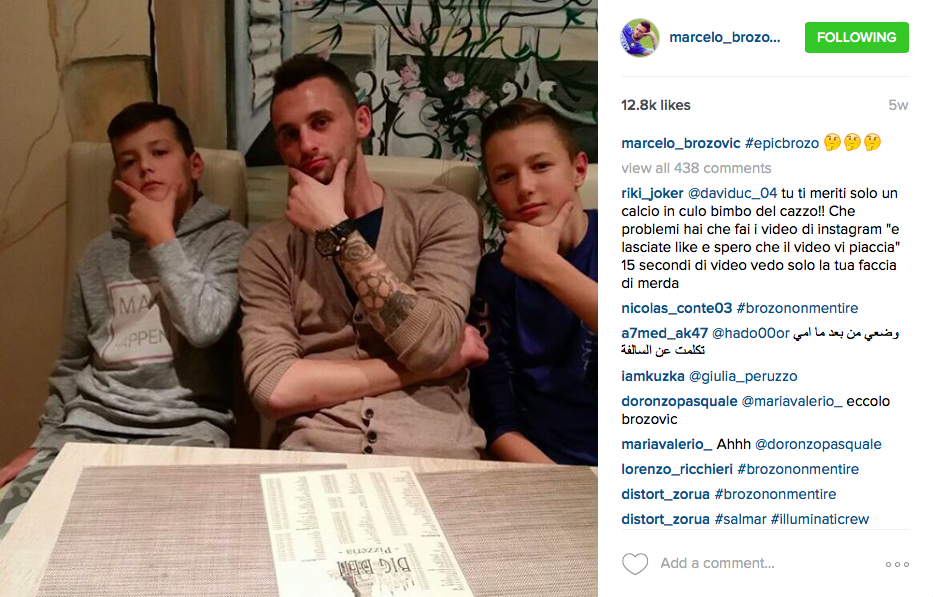 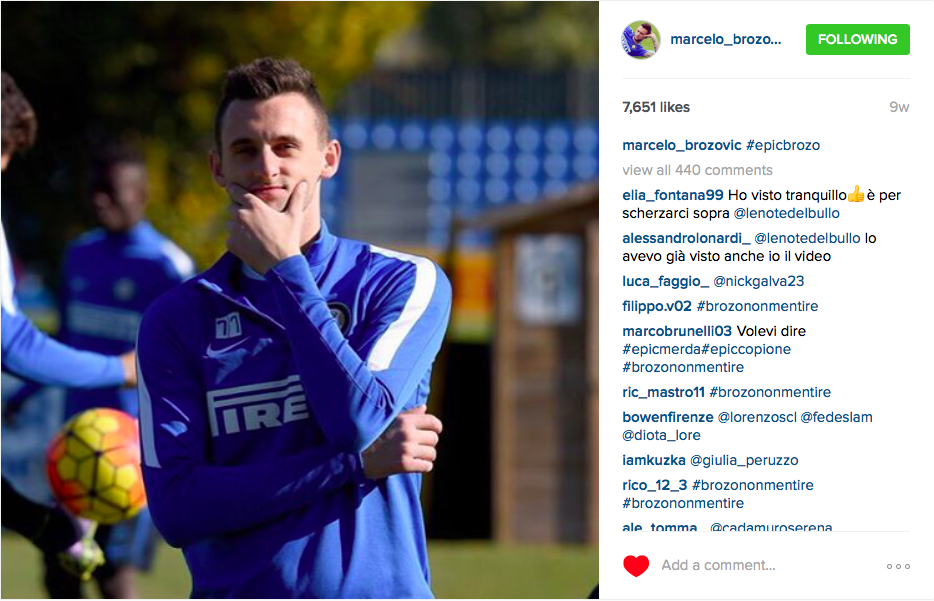 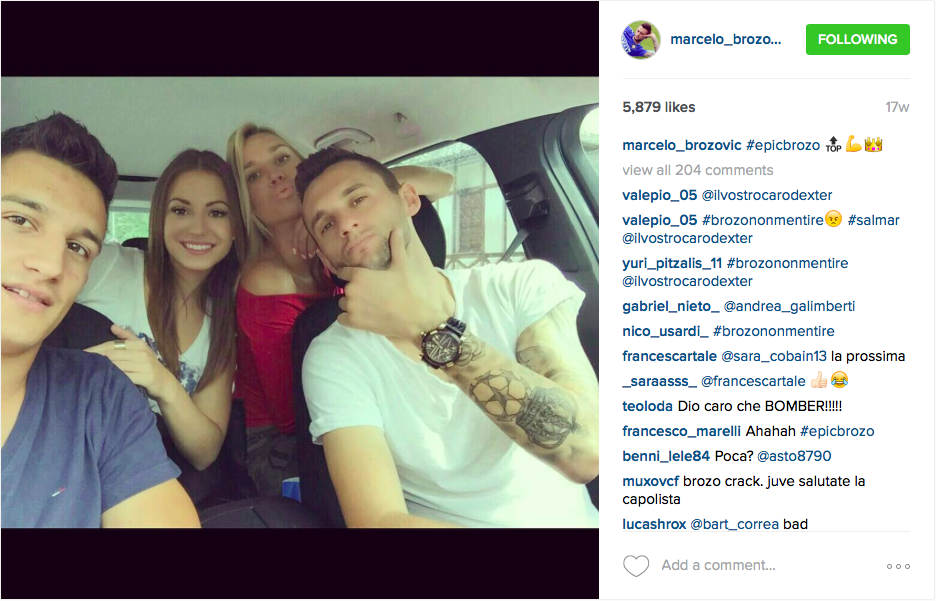 The global audience had a great reaction to this move by Marcelo. They started putting their photos in „epicbrozo“ position. Globally unknown Croatian footballer became an overnight global star. 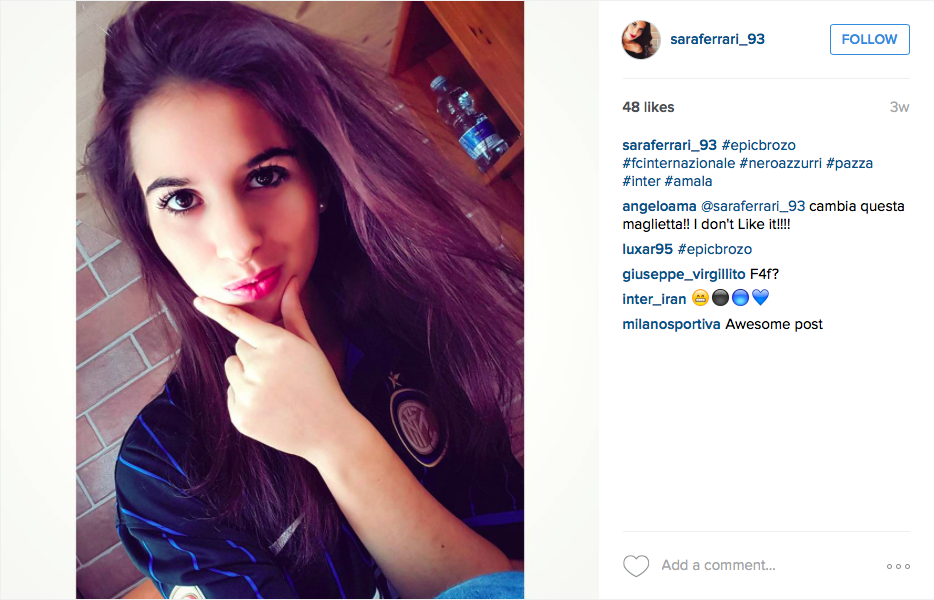 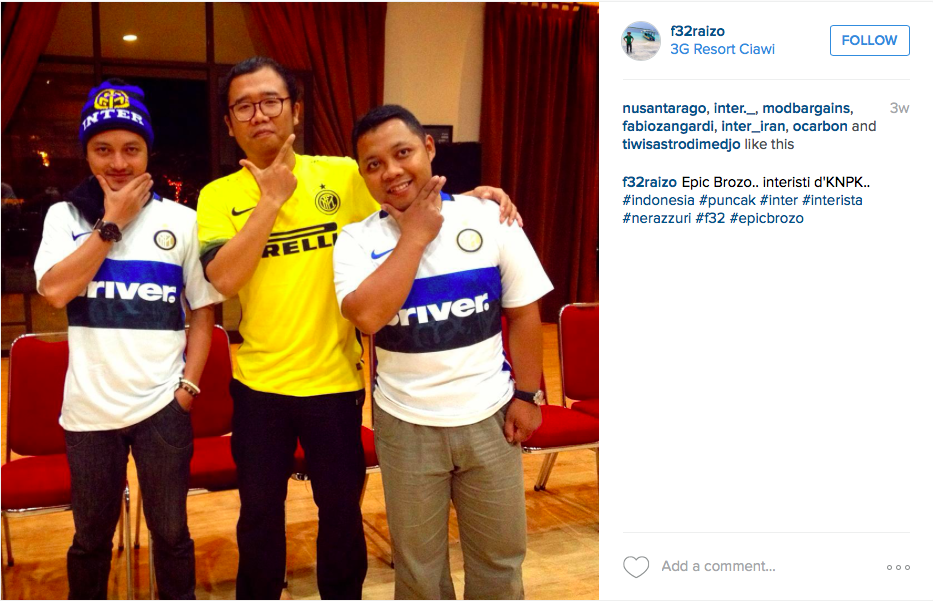 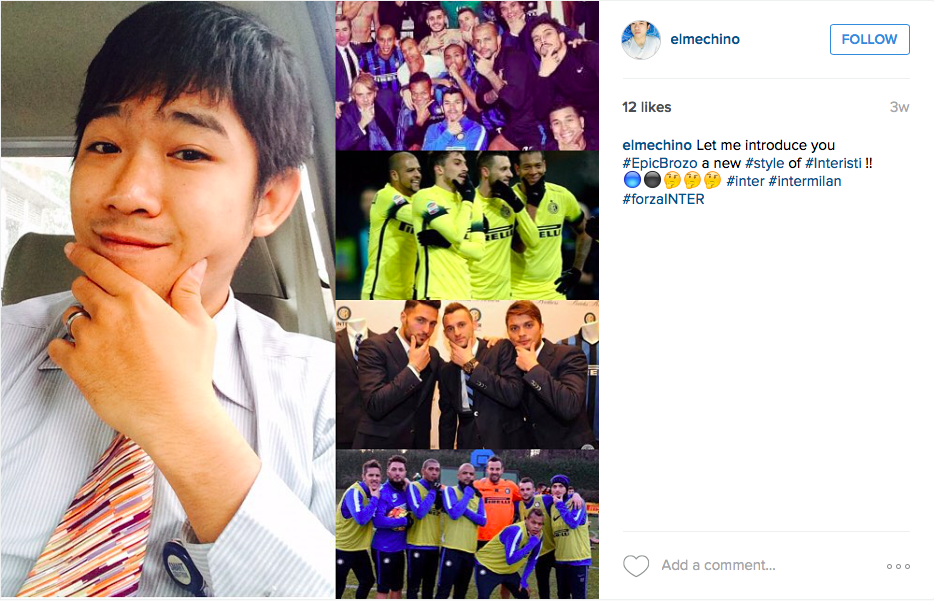 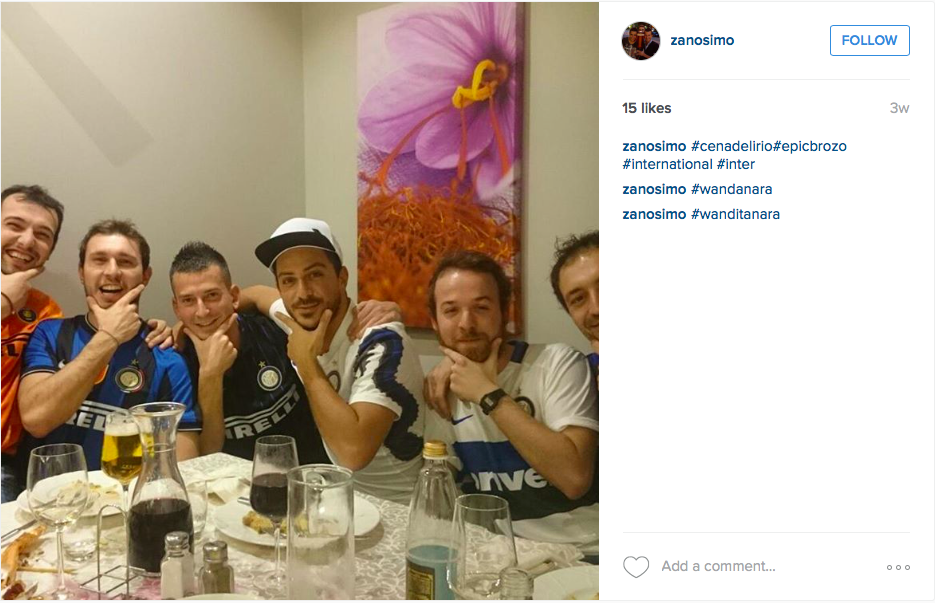 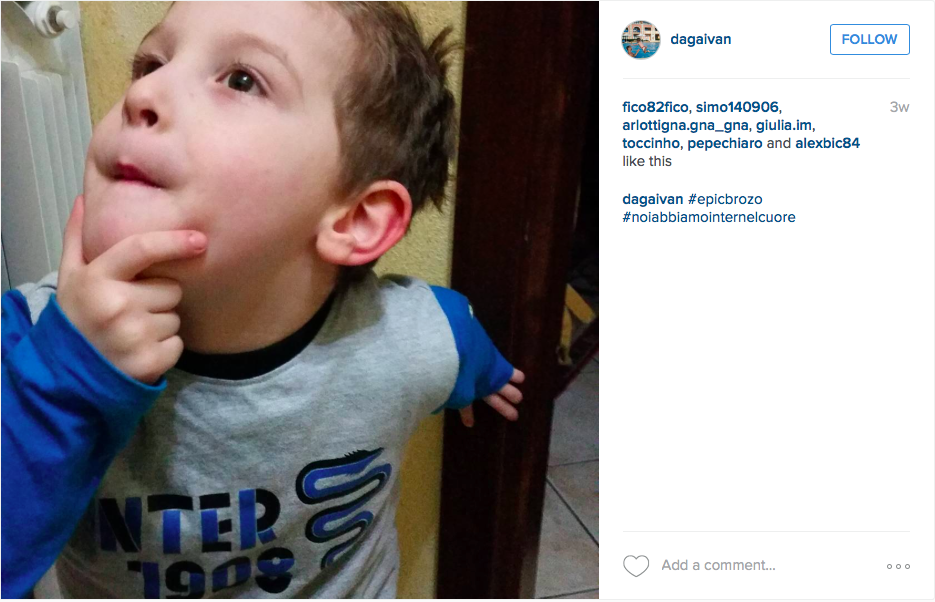 Furthermore, Brozović received support from his teammates as well, after they promoted the popular pose on social networks by celebrating their goals with it.

Brozo also got help from his club Inter Milan which had repeatedly published a tweet urging their fans to photograph themselves in Brozo’s pose and post them with the suitable hashtag.

Also, when asked by reporters about possible sale of Brozović (that is being discussed for some time), Inter’s coach Roberto Mancini said: „Brozovic will not be sold, if so with whom would I take the photos?“ 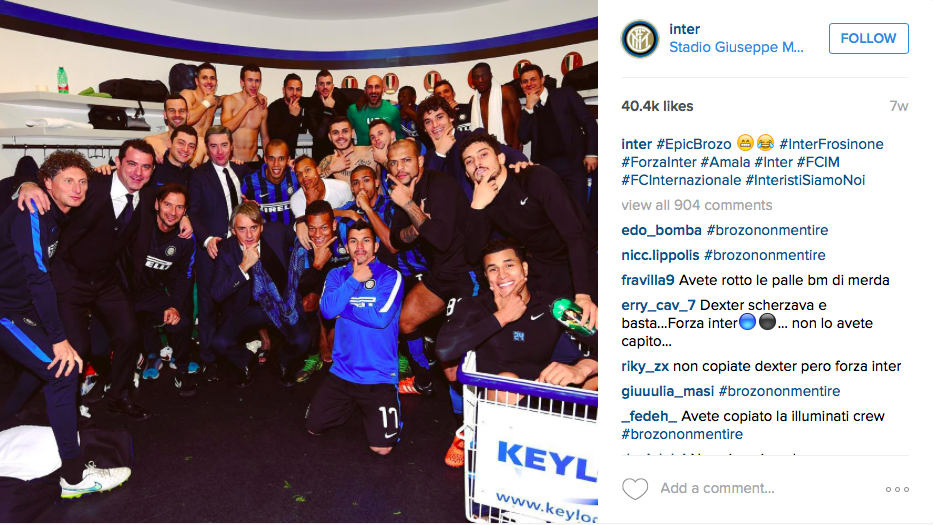 In all honesty, Brozović’s popularity was not influenced only by a funny and well-accepted pose, it needs to be said that he had great football performances throughout this season for Inter and for Croatian national selection.

After being in the shadow of better known players at the beginning of the season, Brozović won his place in the Inter’s first eleven because of his hard work and dedication. And Inter is currently sharing 2nd place in Italian Serie A. Furthermore, Brozović scored two spectacular goals in the two-day interval that set the social media on fire.

But, the fact is that Brozović could have had a much better use of the fame over his pose that had such an impact on social media in recent months. The thing is, Brozović still does not have an official Facebook account (he has a private profile) and he does have a profile on Twitter, even though it is not verified as an official account.

So, what should Brozović do?

Due to his fast-growing popularity, Brozović would certainly have a lot of followers on those social networks which can be a powerful tool for strengthening his brand awareness with a massive amount of users.

Because of the virality of a new hashtag, Brozović should also engage social media experts who will take care of his accounts and utilize the potential of EpicBrozo hashtag to the maximum.

The least Brozović can take to become more engaged with his audience is to like or retweet photos of people who took pictures in epicbrozos’ pose. Retweeting photos from others is a great way to connect with your target audience.

Also, he could encourage people to post photos of themselves in his pose and use the suitable hashtag, and then reward the best of them with, for example, a special t-shirt with EpicBrozo’s logo on it. Or he could make a collage of best photos and thank his followers on his official accounts.

You think it’s too much hassle for a professional footballer? Look at the tip number one.

3. Convince his famous teammates to use that pose

Brozović plays in the famous Italian club Inter Milan and in Croatian national selection with lots of popular footballers who have a large amount of followers on different social media platforms. He can convince them to take pictures with him more often using epicbrozo’s pose. It is not a big investment for Brozović and he can get the even more attention from millions of people over the globe.

It would be wise for him to make a specific logo in the shape of the pose “EpicBrozo” and make emoticons that are widely used in contemporary online communication.

Also, it would be great to use the hashtag #EpicBrozo on all graphics and infographics; social media account’s cover photos and signatures.

If Brozović should create a specific EpicBrozo logo, it would be great if he made branded t-shirts with the logo or another product which won’t be  too expensive and his fans would love to have them.

Brozović is one very grateful player, who gives a lot to the team, although he had often been criticized by media and supporters (especially when he used to play for Dinamo Zagreb). But, because of his great dedication, Brozović managed to become a first team member of Inter Milan. However, he became globally popular not only because of his great performance on the pitch, but also because of a spontaneous photo that set the social media ablaze.

Brozović is a real example of how sometimes spontaneous and unexpected social media activity can be turned from potentially bad thing for players reputation, to a great success and become a big social media hit. Marcelo Brozović has branded the unique hashtag #EpicBrozo from which the benefits will reap Brozović himself, Inter Milan, Croatian national selection and every potential Marcelo’s future club.

Brozović would certainly benefit even more from his social media hit if he had better communication on social media platforms other than Instagram and if he hired professionals who would handle them because they would know how to fully exploit this social media trend.

Marcelo, you can contact us if you want help.