“Esports is the hottest topic in games and digital media. The coming year will see the Esports Economy grow to $493 million, a year-on-year growth of 52%, entertaining an audience of 148 million Esports Enthusiasts and another 144 million Occasional Viewers who tune in mainly for big international events.” – Newzoo

To begin with, what are Esports?
Newzoo defined esports as “competitive gaming in an organized format; an event or league, organized by a third party, with a specific goal (i.e. winning a tournament or prize money), with a clear distinction between players and teams who are competing against each other for a chance to reach that goal.”

Society is more tech savvy now than it ever was and it is no news that we are watching less TV and listening less radio and reading less printed news, and instead watching and listening and reading through our smartphones and other mobile devices. Traditional advertising can’t reach into the new digital space. According to the global Esports market report, Esports entertains a young and desirable demographic with Enthusiasts aged 21-35 representing 54% of the Esports audience. I reckon you might not be this enthusiast yet but both you and me are certainly behaving in similar patterns as the Esport audience.

I am not surprised to this upcoming trend and neither should you be. The simplicity of playing games across the world with only a console (PC/PS4/Xbox etc.) is contagious and brings different communities around the same passion. I mean, it is the same passion as it is within sports like football, ice hockey, basketball and so on. These have been around as game simulations for a while, too, but we have never seen them grow into esports – they were fun games to play with friends. With year to year improvements, they’ve become very realistic – close to real-life experience – and now we see them as a tool to learn the sport, the rules, practice corner kicks, penalty kicks, and other practical skills to supplement the regular training.

Since I’ve been playing FIFA since early days I’m going to take this as an example. It’s quite realistic, right?

Here are some improvements by FIFA 17 that strengthen the connections between football players, fans and potential fans:

2. Match day atmosphere – Improved stadium sounds, allows everybody to get a glimpse of the real life + adding more than 500 new chants and a lot more

FIFA potential is huge, both from a marketing perspective of a sponsor and a club. FIFA has proven to engage and influence Americans who, from my own and other medias perspective, might be hard to convert from their own classical sports of basketball, American football, ice hockey and baseball.

“Honestly, it’s all thanks to Fifa,” he says of the long-running video game series, “Without it, I would never have been exposed to soccer and would never have grown to love the game.” – Garcia, a Bronx boy raised on the Knicks and the Yankees. – GiltEdgeSoccer.com 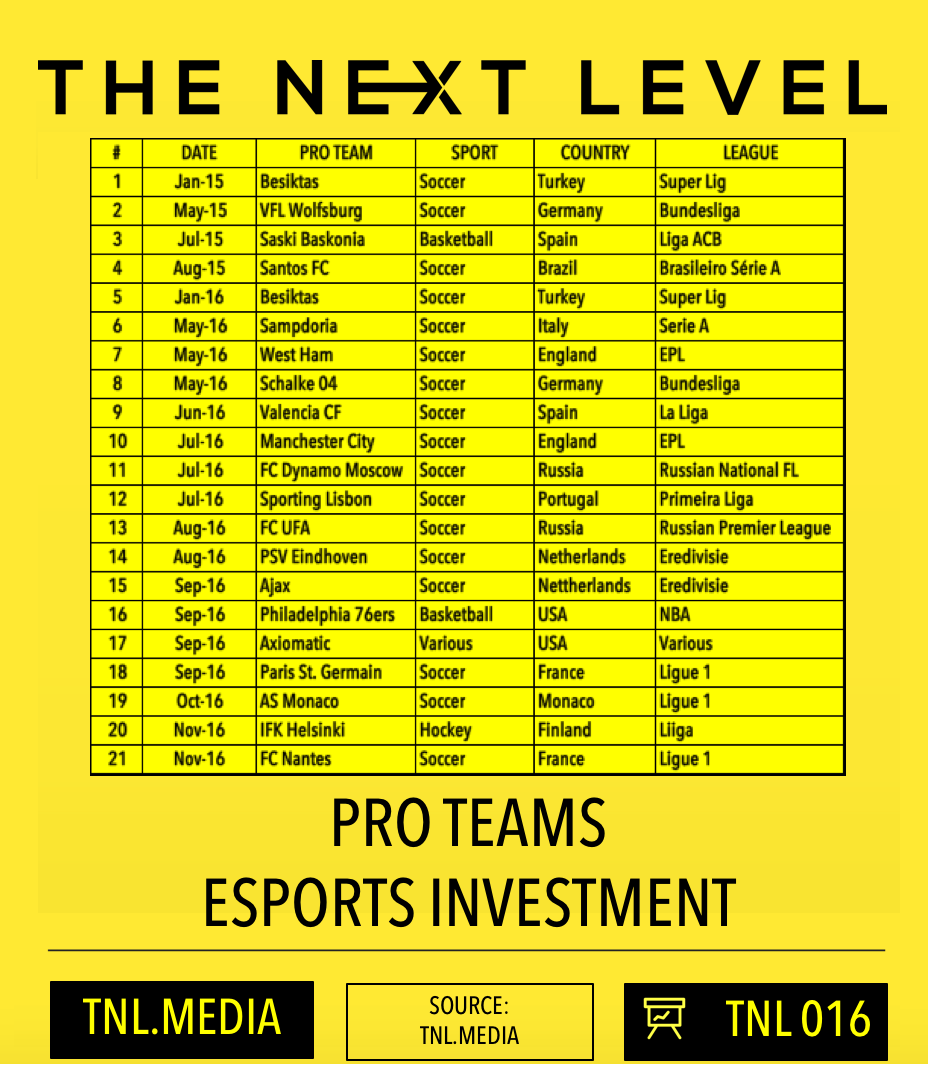 European football is stepping into the E-space

Football clubs such as West Ham; Valencia, PSG and many others, as well as teams from several other sports, are signing Esports players. It’s a great deal for both parties. What this does is engage fans of both esports and a sport club. A sport club might attract more esports fan because they signed an esports star, and esports might get more fans because sport clubs’ fans might start watching or playing FIFA.

According to a poll by ESPN, about one third of the Americans who bought FIFA (EA Sports) became fans of football (soccer) and about 50% of them were even more interested into the sport.

Lets call this Esport, E-football, which could be the best fan engagement tool within sports. The foundation of learning and knowledge starts when you are young, and today it is easier to apply football skills in real life by practicing and getting inspiration from FIFA. The game FIFA releases an update of the game every year, where we have seen great improvements throughout the years.

What sets up the key points of FIFA is the engagement! You as a FIFA player can set up your own line-up, you have the opportunity to handle the influence of a team and what jersey to wear. In addition to this, football players are becoming more realistic, their moves too, but what has so far been in the shadows is the potential of exposure. The advertising of brands is turning into a real deal with this rapid development of virtual reality. This could be a great opportunity to seize, by being involved with the FIFA franchise, to partner up like Manchester United, Premier League and La Liga have done.

This video shows how Chelsea FC has been invloved with FIFA:

billion $ is the expected Esports revenue in 2019

In addition to this, Newzoo has pointed out these three things to why consumer brands and sports are entering Esports:

2. Games have become a global spectator sport: Live streaming services have more than 100 million unique viewers each month. Esports events draw up to 100,000 visitors over a weekend.

3. A multi-billion-dollar business in the making: Revenues generated through merchandise, ticketing, media rights, advertising, and sponsorships already amounts to approximately $0.5 billion this year. If Esports revenues per fan were similar to the NBA, it would easily be a $2.5 billion business today. Hence, the interest of traditional media and investors.

A few years from now Esports will have surpassed basketball in average annual revenue per fan! I mean, by looking at these numbers the potential of engagement is clear and the opportunities for marketing are huge.

Esport is here to stay and it is all about community and engagement (SkyNews, 2015)

What can we conclude from this? Well, we can see that the global game of football (soccer) has been more influenced thanks to the EA sports franchise FIFA. Together with an improved technology, the game FIFA has become more realistic and authentic. Games such as FIFA are no longer just a fun game to play with your friends. It now also has an educational purpose (learning moves to implement in real life games), and is, in the US, becoming a recruiting tool in search for new fans of the sport.

Esports have shown us they are for real. They have big engagement, it takes less time to watch a FIFA game then an actual football game so more games can be played during the same period, and more fans can watch streaming broadcasts. All above mentioned makes more opportunity for marketing for brands.

This is why you, as a sports marketer and as a sports brand, should consider getting involved in Esports:

Will this also become a thing within the national teams? When will we see the e-football World Cup?

If all of this is new for you then I can recommend this 10-minute video that can help you capture the effects of Esports:

Yes, FIFA is also heavily played by the professionals:

Zlatan Ibrahimovic (Manchester United) wrote in his autobiography that he “could go 10 hours at a stretch” playing soccer video games early in his career. Ibrahimovic, “often spot solutions in the games that I then parlayed into real life” as a young player.

Mats Hummels (FC Bayern Munich), “maybe some people use what they learn in FIFA when they find themselves on a pitch.” – NYTimes.com

Pirlo (New York FC), “I can’t say with any certainty how many virtual matches I’ve played over the last few years but, roughly speaking, it must be at least four times the number of real ones”. – TheGuardian.com

If you have any questions about sports marketing, feel free to contact me at jakob.wikenstal@gmail.com