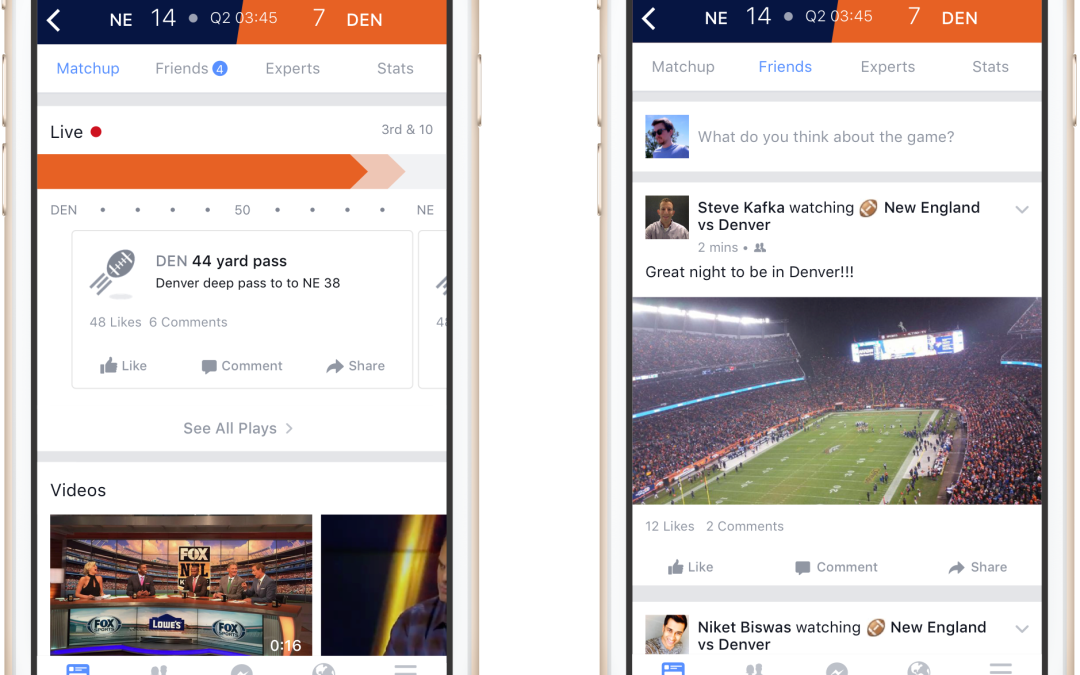 Until now, Twitter was the best social media to experience sports in real-time with your friends and million of fans around the world.

Last week, Facebook has announced a launching of “Facebook Sports Stadium”, a place dedicated for over 650 million sports fans,

The real-time experience is for now available only on iPhone for all the Football fans in United States, and it is expected to hit its peak in February during the Super Bowl 50 in Santa Clara, California. Why? Facebook wants to get fans’ feedback and ideas before they expand the final version of product on other sports and other platforms around the world.

It is pretty simple to use, all you need to do is search (in search field) for the match you would like to follow, and you will access a dashboard, organized in four tabs; matchup, friends, experts and stats. Fans can share, comment and like every post from all tabs, which will be automatically shown on their wall and engage their friends/other fans to join the discussion. 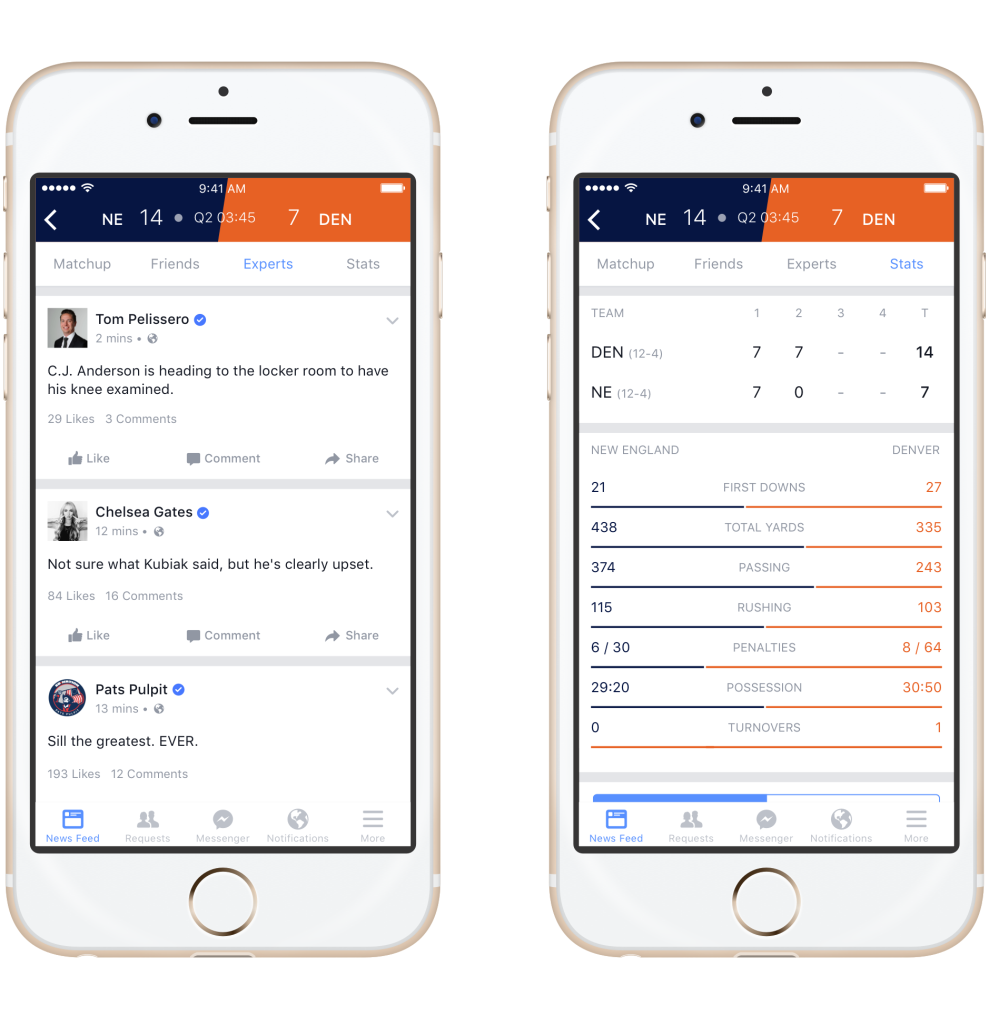 Why I will begin to use it instead od Twitter?

What I don’t like on Twitter is the fact that my tweet is “alive” for a few minutes and is afterwards lost among thousands of tweets under the same hashtag. It’s impossible to keep up with the conversation.

The principle is pretty much the same, the content is divided in different tabs. However, Facebook gives you a better overview of what is going on. The coolest feature for me is that I can see a list of my friends who are watching a certain game, and interact only with them, which is not possible on Twitter. I get to watch the game with my friends even though they’re not with me.

Facebook has created a “room” for your fans and lets you reach them easier than ever before. It is definitely too good to miss it and here are some tips for sport clubs how to use it:

Real-time is worth much more than your regular posts.

Join the game, Facebook has created the biggest sports arena ever!