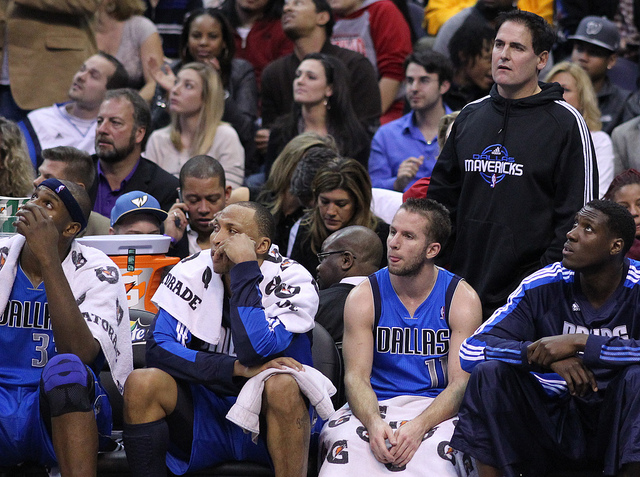 As time goes, more clubs have owners with questionable goals in mind. Usually those goals are not to benefit the club, at least if you ask the fans. When I think about it, almost all owners are seen unfavorably by the fans of their own club, let alone fans of other clubs. They are very rich individuals who might have lost touch with the common man, that same common man – fan of their club.

When Liverpool F.C. owners Fenway Sports Group announced they will raise the ticket prices to a first-ever £1,000 season ticket and a £77 individual match ticket, they followed that announcement with a post on their website about “turning fans into customers”. It is not hard to guess how fans of a historic English club reacted to this decision, and maybe even more to this announcement from club’s US owners.

Other British clubs also experienced unwelcomed changes from their foreign owners. Cardiff City’s Malaysian owners ignored clubs history and tradition and changed clubs colors from traditional blue to “lucky” red. Once again, it is not hard to guess how fans of a traditional Welsh club reacted to this decision from their club’s foreign owners.

“Owners in the past lived in the community, so they saw the effect of their actions. Remote owners are at times out of touch with the terraces.” – Richard Bevan,  Chief Executive of LMA (Leagues Managers Association)

Foreign owners have brought the most successful eras to some British clubs. Chelsea and Manchester City were and still are experiencing a renaissance of results under the Russian and the UAE ownerships. Therefore, their fans tend to direct their frustration toward managers and players, rather than towards their owners.

Manchester United and AFC Bournemouth owners are largely unknown to their fans and they are not common guests at the games. When regular fans have issues to even recognize the club’s owners, those regular fans can only judge the owner based on the way a club has been run financially and the way a club performs on the pitch. In both Manchester United’s and Bournemouth’s case, those clubs are also experiencing success on the pitch, but that is not enough anymore.

All of current Premier League clubs ask their fans to pay significant amounts of money to watch their club or to buy club’s merchandise. Fans want to see their money being spent smartly and in order to improve the club in general. It is no wonder that when the owners sacrifice the club in favor of their other financial interests or when the owners spend money without any record, the fans lose belief in owner’s leadership, see their ownership of the club only as a financial interest and they get angry.

St. Louis Los Angeles Rams and Arsenal F.C. owner Stanley Kroenke is not a fans’ favorite in London or in St. Louis. At the beginning of 2016, despite his Missouri roots and repeated claims that he will never relocate the Rams, he decided to relocate the team back to Los Angeles, a much bigger market.

St. Louis fans reaction inspired me to write this article. They claimed that even though they lost their team, they now have their freedom from supporting Kroenke’s team. But most significantly they add that that they might even consider to support the LA Rams if Kroenke was not the owner. In this case, Kronke’s time as Rams’ owner was so off-putting for the fans, that it is his fault the club didn’t both keep old St. Louis fans and gained new LA located fans.

You will notice that in the introduction of this article I wrote how “almost all owners are seen unfavorably by the fans of their own club”. By saying “ALMOST all owners” I wasn’t talking about the above mentioned clubs’ owners, but guys who are actual role models and do things the right way.

Tampa Bay Lightning is at the moment the most successful professional sport franchise in the city. But, as I wrote before, on-field success does not guarantee fans’ affection for the owner. Lightning’s owner Jeffrey Vinik was a “foreigner” in the Tampa Bay area. OK, yes, he is a US citizen, but he had no connection to the city prior to buying the NHL franchise.

Many had doubts about his intentions with the club. But he proved them wrong – fast!

Since buying the Lightning, Vinik dedicated himself to the team, franchise and the city. He permanently moved to the area, invested dozens of millions of US dollars in attempt to revitalize the city, and with his wise leadership turned the Lightning into one of the strongest teams in the NHL and a classy organization.

“I’m enjoying myself. I’ve had a great time in Tampa for five years now and I love being part of the community.” – Jeff Vinik, Tampa Bay Lightning owner 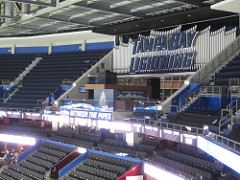 “During the day, it’s about real estate and at night I get to go watch the best sport in the world and that’s playoff hockey.” – Jeff Vinik, Tampa Bay Lightning owner

“I will do everything in my power to bring a world-class organization to the community, both on the ice and off the ice. I am going to put the resources forth that are necessary to making this a successful organization.” – Jeff Vinik during his first press conference as Tampa Bay Lightning owner

On top of other large local investments that enrich the Tampa Bay community, Jeff Vinik’s Lightning Foundation donates $50,000 after every Lightning game through its Tampa Community Hero campaign to a charity in recognition of the most charitable people in the local community.

The Lightning is fun to watch and whether they win or lose, they always put a show on the ice. They accomplished a hard goal, to turn a city in hot Florida climate, Tampa Bay, into a hockey crazy city.

How did he do that? He hired two of the greatest hockey experts: Steve Yzerman as general manager and Tod Leiweke as CEO.

Ever since the hiring of Yzerman, Lightning missed the playoffs only once, regularly reaching Eastern Conference Finals and once reaching the Stanley Cup Finals.

On-ice success, investment in local community and acting like “just one of the fans”, to no surprise made sure Jeff Vinik is one of the best examples of positive community role models and excellent owners. He is beloved by Tampa Bay residents and hockey fans (not just Ligthning fans), but he is also admired by business leaders. Hockey fans know the situation the Lightning was in before Vinik took over – a very bad one. It is even more remarkable what he has done for the team and for the community when you realize he has accomplished it in short 6 years.

This guy you know, even if you are not a basketball fan. Dallas Mavericks showman owner, just like Jeff Vinik, genuinely cares about the team and supports the team like every other fan. This tends to get him fines, especially when he insults the refs, but he even manages to turn fines and incidents into great promotional moves.

Being the owner he can also improve the team’s roster, and he does it without worrying about how much he needs to spend to win. Apart from supporting the team like a Regular Joe, he is very active in sharing his opinions, he tweets, he blogs about Mavericks and he invests. He also respects the Mavs history. When Mavericks won the NBA Finals, Cuban brought 78-year-old Donald Carter, the Mavs’ original owner, so he could accept the trophy. Fans and media loved it, but the way Cuban did it, nobody doubted this was a genuine moment and not a publicity stunt.

Cuban is very present in the media: he had his own TV show, appears on reality show Shark Tank, appeared on another reality show Dancing with the Stars and had cameos on Entourage, League, The Simpsons, Walker and Texas Ranger. You may like Cuban’s demeanor or you may not like it, but you can’t deny he is entertaining.

His ticket price policy also helps an average fan to see the Mavs live. He explains his ticket policies: “We have decreased prices across the board multiple times. The only tickets that have gone up marginally are our best seats. … I don’t run the Mavs to maximize profits. We now make money. But it’s more important to me that fans can always afford to come to games.”

Mavericks’ fans love Cuban, there is no doubt about that.

I have named few examples of loved owners and those… well not so loved. Many examples prove that on field success obviously doesn’t guarantee the owner fans’ affection. Of course, it helps, but only if it is accompanied by other qualities fans care about.

Fan’s wouldn’t have issues with successful non-local owners if they were active in the community and showed they personally care about the club. Positive presence in the community and genuine care about the team and fans can go a long way. It can help the owner when the team goes through the hard times and it can give the owner limitless amounts of fan affection when the team wins.

Since in modern world a word travels a long way, whether good or bad, a bad owner can lose the team its fans, like Stanley Kroenke did with the Rams, but the good owner can bring the team new fans and keep them, as Jeff Vinik did. Even fans from distant, not typical markets:

Since we weren’t able to upload the video in which the Lightning actually hosted Rafael Amarante during one of their games, here is the link so you can enjoy the rest of the story…