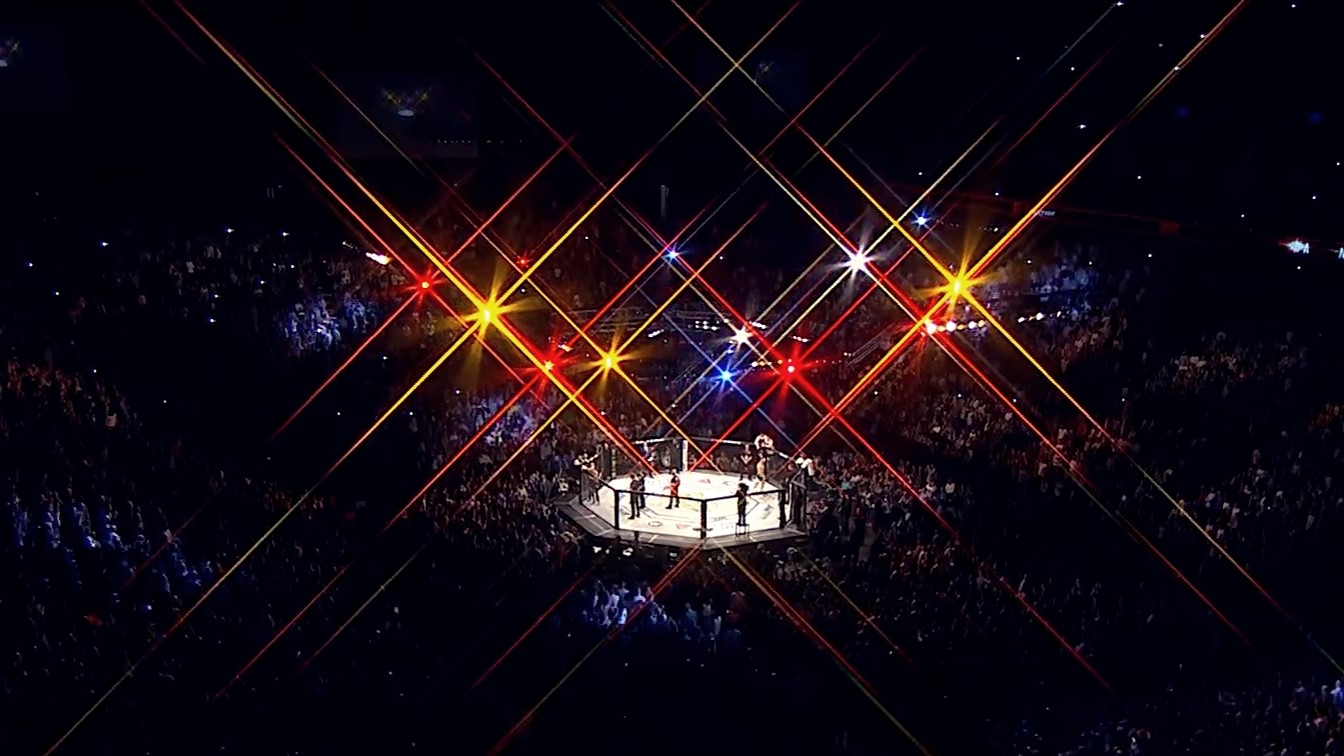 The Ultimate Fighting Championship (UFC) is an American mixed martial arts promotion company which held its first event on November 12, 1993. A lot of good things happened to this company since its debut. Today’s picture of this promotion is completely different than the one which was offered during the time of Art Davie and Rorion Gracie, who can take the most of the credit for the establishment of WOW Promotions, the company that became the owner of the UFC.

Simple – the creation of tournament which will give us the final answer on the following question: Which martial art is the most dominant one? Eight fighters participated in the first event and there were only two rules: no biting and no eye-gouging. The beginnings were marked with the dominance of Royce Gracie, who presented unsolved mystery in the form of Brazilian jiu-jitsu.

During that time, this sport was considered extremely violent and it had a lot of opponents. Of course, undeveloped rules played its role in creation of those opinions. Two earlier mentioned rules are the only things which made the difference between this sport and street fight. One of the loudest opponents of UFC was American politician John McCain who compared first UFC events with “human cockfighting”. The laws and states that prohibited UFC events were piling up. The result of those circumstances? The company made the introduction of weight classes on UFC 12 and few more rules were added. For UFC 14 gloves became mandatory, while kicks to the head of a downed opponent were banned. Next event brought us limitations on hair pulling, the banning of strikes to the back of the neck and head, headbutting and small-joint manipulations. Five-minute rounds were introduced on UFC 21.

In the April of 1995, Davie and Gracie are selling shares of WOW Promotions to Semaphore Entertainment Group and later, in 2001, Frank and Lorenzo Fertitta, along with Dana White bought UFC from SEG. The price was $2 million. As a result, Zuffa, LLC was created as the parent entity controlling the UFC. From that moment, MMA started developing into a sport as we know it today.

Million dollars was paid to SEG by Dana White, Frank and Lorenzo Fertitta in 2001. UFC's final valuation could land between $3,5-4 Billion

“I see fighters make funny videos about me and stick them on Facebook and get 20 likes. When I make a video, I sell it to Fox and make seven figures. That’s the difference“- Conor McGregor, UFC fighter

First Goals – Construction and Improvement of the Image and the Brand

How? With the introduction of additional rules and investment of money which will create a more acceptable image to the public. Although MMA is a statistically less dangerous sport than boxing, boxing was always considered as a more noble sport. UFC starts with serious investments in advertising, the search for sponsorship and returns to PPV, but all of that wasn’t enough and the company is living on the edge. The most significant move in the history of the UFC was made when organisation created its reality television show known as The Ultimate Fighter. It is a show with MMA fighters who are living in the same house. They are divided into two teams and are fighting for the six-figure UFC contract. Although interesting, this idea was facing a lot of rejections until UFC contacted Spike TV with an offer to pay the $10 million production costs themselves. The show was made and on April 9, 2005, gave us first winners. Diego Sanchez became the first Middleweight winner of the show and Forrest Griffin won the tournament in Light Heavyweight division. The fight between Griffin and Stephan Bonnar is considered as one of the best fights in the history of the UFC. It was the perfect promotion of the UFC. President Dana White still claims that TUF and this fight are responsible for rescue and successful growth of the UFC.

The Strength is in Fighters and Good Storytelling

Griffin and Bonnar became superstars ( they were later inducted into the UFC Hall of Fame). They had a perfect story behind them and on their example, UFC learned important role of fighters and good storytelling. The more fans fighters get, the more fans are there for the organization. UFC started investing in their fighters and storytelling. They were creating brands out of them. Today, fighters are encouraged to be active on social networks and to make the best of media space which is offered to them. Sometimes they don’t need to put a lot of effort into it, but they have to stay active. Sharing exclusive materials like pictures and videos from training, comments, public communication with other fighters, etc., are things that fans love. Nowadays, fighters are on almost every exclusive material and they have the strong story behind them, but they are not the only ones with it. UFC is creating great stories behind everything – events, places, halls, weigh-ins, press conferences, octagon girls, gyms…

UFC is always in contact with their fans. They want to hear their opinion before making next moves. Social networks are perfect for that kind of communication. A fresh example could be found after Stipe Miocic won Heavy Weight title. Just a few days later promotion asked its fans: Who would you like to see Stipe Miocic defend the belt against first? The most popular answer was Alistair Overeem. Although he had results behind him and was favorite before this poll, UFC got confirmation they needed and few days later announced that “The Reem” will be the first challenger for Miocic.

Most of the money reserved for the promotion of fighters is spent on UFC’s biggest stars such as Ronda Rousey, Conor McGregor, Anderson Silva and Jon Jones. With almost 11 million Facebook fans, Rousey is the leading UFC star in that category, but legendary Brazilian Silva holds the biggest numbers in Twitter followers – around 7.5 million. Although he is behind them with those numbers on social networks, current Featherweight champion, Conor McGregor, can be easily considered as the biggest money-maker in the organization. At the moment, he is probably the most popular active fighter and the perfect example of what UFC needs and for what are they searching for. He is very active on social networks, with him, every media appearance is a huge news in fighting business because he learned how to use media space and time. His press conferences are entertaining shows and he developed his trash talk into a very powerful promotional tool. We all know how impressive is his timing inside the octagon, but his timing in communication with media and fans is even more impressive.

A good example would be weeks ahead of UFC 197, an event that gave us the return of Jon Jones, currently the best MMA fighter and maybe the greatest MMA fighter of all time. His return was pushed to the side by McGregor’s retirement announcement. Of course, he wasn’t retired, but he most certainly ‘stole’ attention from Jones and reserved all headlines for himself. According to UFC and Irishman, everything was the result of few differences they had ahead of UFC 200, but the timing of those circumstances stays interesting. Because of McGregor’s behavior, he was removed from that event and he probably lost few millions, but he got attention which made him even more popular and probably secured him bigger deals in the future. Few weeks later and he is in combination for the biggest fight the world has ever seen, the fight between MMA and boxing, the fight between him and Floyd Mayweather… From the beginning, UFC knew what kind of potential lies in McGregor so they carefully planned his development. They were aware of the fact that they need results for the perfect story so they wisely picked opponents for Irish fighter. Good performances brought him one step from the throne and the perfect story and promotional tool was made when he took it with a 13 seconds knockout of Jose Aldo.

UFC rebranded itself from “human cockfighting” to the fastest growing sports organization in the world. They realized what changes must be made, invested a lot of money in the building of new image and focused most of their promotion on fighters – their biggest gold mine. Storytelling played a huge role in the development of this brand as well. As mentioned previously, UFC was bought for $2 million. Today, the value of UFC continues to grow and according to ESPN reports its final valuation could land between $3.5 and $4 billion.

UFC knows that they need to be unique to be successful in a fight with their competition so they created products that make them more recognizable and stronger as a brand. In 2014, UFC launched UFC Fight Pass, a digital subscription service with exclusive live events, thousands of fights on-demand and original content. The UFC also licenses over 100 UFC Gym locations, they own UFC.tv, UFC Fit, UFC Magazine, UFC-branded apparel and they have a videogame franchise with EA Sports. According to UFC’s official site, they produce more than 40 live events annually and are the largest Pay-Per-View event provider in the world with broadcast in over 129 countries and territories, to nearly 800 million TV households worldwide, in 28 different languages. UFC content is also distributed commercially in the United States to bars and restaurants. Few years ago they inked a deal with Fox Sports Media Group and that move played the significant role as well.

At the end, here is a video about the history of the UFC. It’s a little bit long, but worth the time! Enjoy!

“We didn’t buy this to make billions of dollars. We saw something in this sport and in the fighters that we thought was incredible. We thought if we got it to the mainstream people would enjoy it.” – Dana White, UFC President