How did the global football community save a small Spanish club from extinction?

Following up on the article that was recently released on Overtime’s blog, we are bringing you a touching story of how the football fans from all over the world came together to save one small and globally unknown Spanish football club.

This is a remarkable story about Real Oviedo, a small Spanish club from the autonomous community of Asturias (northwest Spain). Founded on 26 March 1926, Real Oviedo spent 38 years in the top division of Spanish football. Oviedo’s biggest success was finishing third in La Liga on three occasions, last time in 1963. This fact clearly states that we will not be talking about one of the Spanish football giants. Their last episode in the top division of Spanish football was between 1988 and 2001 when the problems emerged.

From top division to the verge of extinction

In two seasons they went from first down to the fourth division of Spanish football. The club suffered severe economic troubles; none of the players were paid for a long period, and the local government withdrew support for the club. Back then, in 2003, Oviedo fans took the first action to save their beloved club. They mobilized and started raising money and succeeded to force the local government to help the club. Oviedo fans called that initiative „Espíritu 2003“ (the spirit of 2003.) Even though the situation was far from ideal, the club was saved. But just for the first time.

Struggling between the fourth and third level of Spanish Football, controversial Spanish businessmen Alberto González took a controlling share of the club back in 2006.  After several years of managing the club, the new majority shareholder was charged with tax evasion, and eventually an international arrest warrant had been issued for Gonzalez because he disappeared from the country (believed to be somewhere in Central America, according to some media reports).

Oviedo’s majority shareholder refused to sell his stocks before disappearing with a huge amount of money, so Oviedo was in a lot of trouble back in November 2012. The club needed to raise €1.93 million in only two weeks, and €4 million to secure the club’s medium-term future. No one from the new board believed they could achieve that. Real Oviedo was on the verge of extinction.

But, there was still a chance. Oviedo still had one extremely precious tool: their loyal fans. What is interesting, since relegation from the La Liga in 2001, Oviedo had never gone under 10 thousand season ticket holders.

In a desperate attempt, the board set a price of club’s share to €10.75 instead of the previous €60. Despite any expectations, the response was overwhelming.

The crucial role in this campaign was carried out by five names. The first of them is Sid Law, Madrid-based British sports journalist, who started an international media campaign to save Oviedo and made people aware of the struggle that the small club from the northwest Spain with a long tradition is going through.

The others were four Spanish football stars all of whom started their careers in Oviedo – Santi Cazorla (Arsenal), Juan Mata (Manchester United), Michu (former Swansea City player) and Adrian Lopez (FC Porto). They all gave their financial support to save their former club, but, more importantly, they gave the campaign the international dimension – they urged football fans all over the world to buy shares of Oviedo.

Santi Cazorla is #OneOfUs like all of you. He was at Tartiere yesterday. Top man! #ProudOfYoupic.twitter.com/OObFub4hKf

Along with that, the fans carried out an intense Twitter campaign which became an instant sensation. The initiative became viral under the hashtag #SOSRealOviedo and #SaveRealOviedo. The fans also organized gatherings, wore banners during a Champions League match between Barcelona and Celtic and received a response nobody could expect.

Over two weeks the club managed to sell €1.93 million worth of shares to approximately 25 thousand football supporters from more the 80 countries around the world. Even Oviedo’s namesake from Madrid, Real purchased 100 thousand-worth shares which they ceded to the Oviedo’s local council that eventually supported the club.

The short-term future of the club was secured, but they still had to gather more than €2 million to assure the long-term future. And then, something amazing happened.

Second richest man in the world on the Forbes’ list, Mexican telecommunications magnate Carlos Slim, was thrilled by this fanatic rescuing campaign and bought €2 million worth shares, eventually becoming the new majority shareholder of Oviedo and, therefore, saving the club from the extinction. 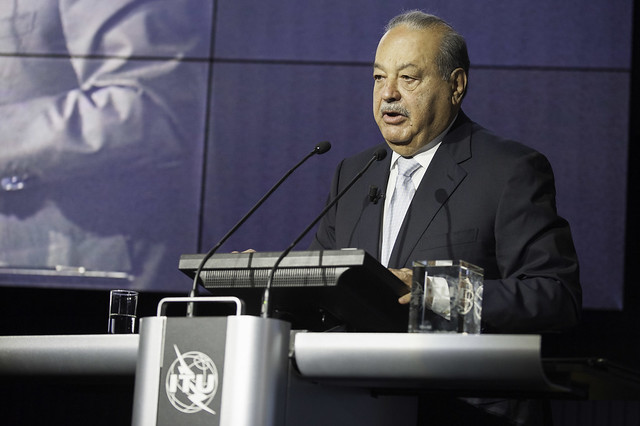 The dream of Oviedo’s shearholders

After the campaign was over, the thrilled and overwhelmed local supporters (who are also one of the owners of the club) organized an International supporters day and football match in Oviedo, and gathered their shareholders from all over the world to thank them.

„On the day of the game we were treated like celebrities, fans were getting photos with us and cheering for us. Singing with the supporters truly was one of the best experiences I’ve ever had at a football match. Since then they’ve been so welcoming and I feel like a true Oviedista, and I’m already looking forward to my next trip“, said Oviedo’s shareholder from England Vanessa Keller.

„Ten years ago it was inconceivable that today I’d be here trying to speak English with a true Oviedo fan in an Oviedo kit from England. It is an honor to live up to this responsibility and I hope they keep on doing so and are able to experience Oviedo in the first division“, said Diego Cervero for International Business Times.

Nowadays, Oviedo’s fans are living a dream. Last season they managed to escape from the suffering and complicated third tier of Spanish football. Currently, they are fourth in the Spanish Segunda division, very close to promoting where Oviedo’s supporters believe that they belong – La Liga.

So this is the scene in Oviedo right now pic.twitter.com/OY6e0pF2dQ

„Oviedo fans have really embraced the shareholders from all around the world. A lot of international fans travel there and go to games and they get really looked after. There’s a real sense of “we’re a bigger and better club and a more enjoyable club with a new identity because of you‘“, Said Lowe for CNN.

„Real Oviedo is a football club like no other; it’s a club that almost died but was saved by fans all over the world. I dream of Real Oviedo being in La Liga“, said Michu, former Swansea City attacking midfielder, who was one of the biggest supporters of the campaign. 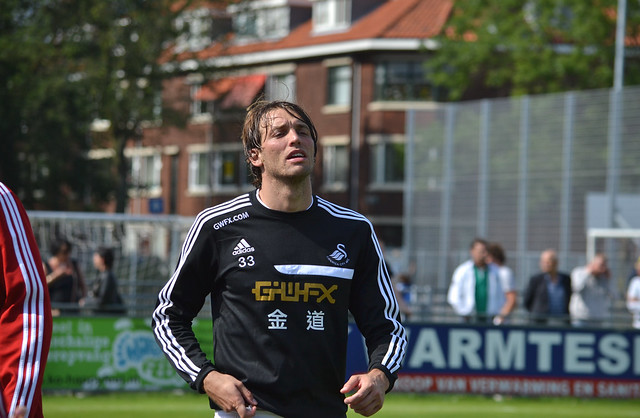 Today, Oviedo is one of the most unusual clubs in the world. Its majority shareholder is the second richest man in the world, and it also has thousand of co-owners from all over the world, which saved the club and became a part of Oviedo’s identity.

This story shows that emotions and passion can bring people together from all around the world. But, there needs to be something that will spark that emotion. Oviedo’s fans used social networks and got help from former club’s players to get the global football community involved and save their club. If you don’t have an idea how to spark emotions, contact Overtime’s team who may have a solution.