Most of the sports clubs and institutions in the world are not so lucrative, and they cannot compete with the richest of them on the field of digital and online communications. We also think that copying is not a right way. The best thing for your club/institution/event is to create unique content. But, analysing the biggest events and organisations is a great thing because you can learn a lot about new trends and some of them you can apply for your institution or event (it is hard to reinvent the wheel continually).

“The importance of a focus on Social Media has been in a rapid upswing for the past several years. So much so that if you are not minding your Social Media presence than you are not fully branding yourself” – Anthony DiMoro, Forbes.com

athletes in 39 sports will take part at the Olympics

After I have analysed online and digital communication of the UEFA Euro 2016, Roland Garros and Wimbledon, the time has come to analyse the 2016 Summer Olympics which are being held in Rio de Janeiro from 5th to 21st August.

Rio became the first South American city to host Summer Olympics. Before the start of the Olympics, there were a lot of controversies about the Games. In the news reports and social media channels, there were more articles about political and social instability in Brazil, environmental and safety concerns (including Zika virus) and doping scandals than sports.

“Rio has been left to contend with what is perhaps the most problematic mainstream media coverage of any Olympics so far” – Katarina Girginova, University of Pennsylvania

However, when the Games began, the interest was more or less focused on sports. 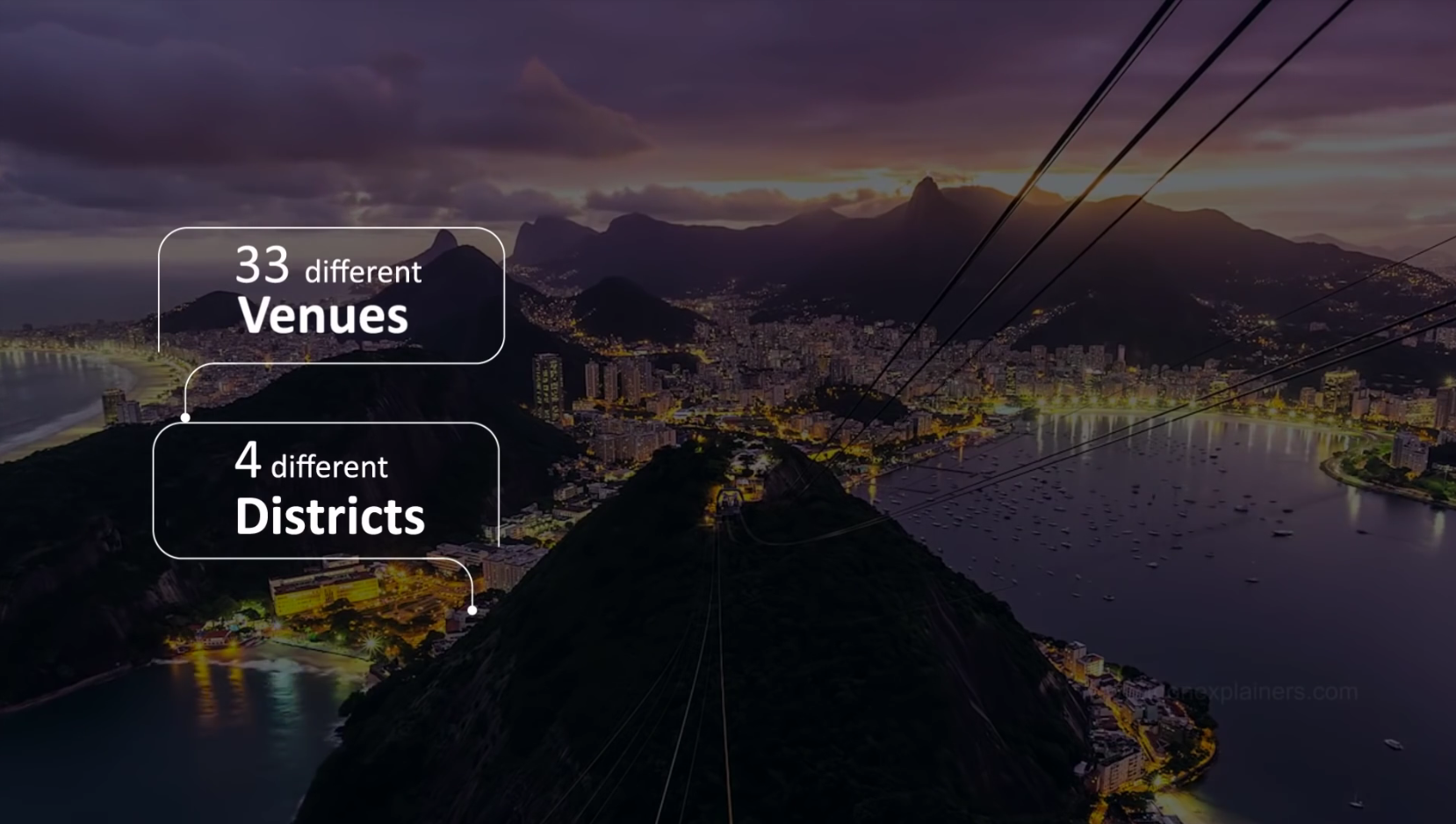 The biggest innovation when it comes to digital is that Rio 2016 become the first Olympics available to watch in virtual reality. People with compatible Samsung Galaxy smartphones, and with a suitable application, could watch Opening and Closing Ceremonies, men’s basketball, gymnastics, track and field, volleyball, diving, boxing and fencing as well as highlight packages.

When talking about social media, International Olympic Committee has developed explicit guidelines for how athletes and Olympic personnel should use social media and they, also, released sponsorship rules for the Rio Olympic Games.

Athletes can’t post whatever they want – they can post photos, audio and video content taken at the Olympic venues, but it must be pre-approved by the IOC before going online. Athletes who have non-Olympic sponsors cannot post content about them during the games, and they must receive permission to use the Olympic symbol and other official emblems in their social media posts.

Very restrictive for athletes who are using social media channels in big numbers (average age of the USA athletes is 27). But, IOC still cannot restrict Snapchat, the social media platform which is becoming more and more popular in modern sports.

Alos, non-sponsors of the Olympics mustn’t use symbols like “Rio2016” “Olympics” “Gold”, “Games”, “Victory” in relation to the Games on their social media channels.

“Fans of the Olympics will now get to experience the world’s best athletes as they compete in some of the most popular events of Rio 2016 in a whole new way: virtual reality,” – Marc Mathieu, Chief Marketing Officer at Samsung Electronics America

“The use of Olympic Material transformed into graphic animated formats such as animated GIFs (ie GIFV), GFY, WebM, or short video formats such as Vines and others, is expressly prohibited”- International Olympic Comittee

NBC has the broadcast rights to Olympic Coverage until 2032. Their partner BuzzFeed sent a team to Rio to cover the Games on social media apps such as Facebook, Instagram and Twitter.

So, let’s take a look if the Rio 2016 has won a gold medal in online communication. 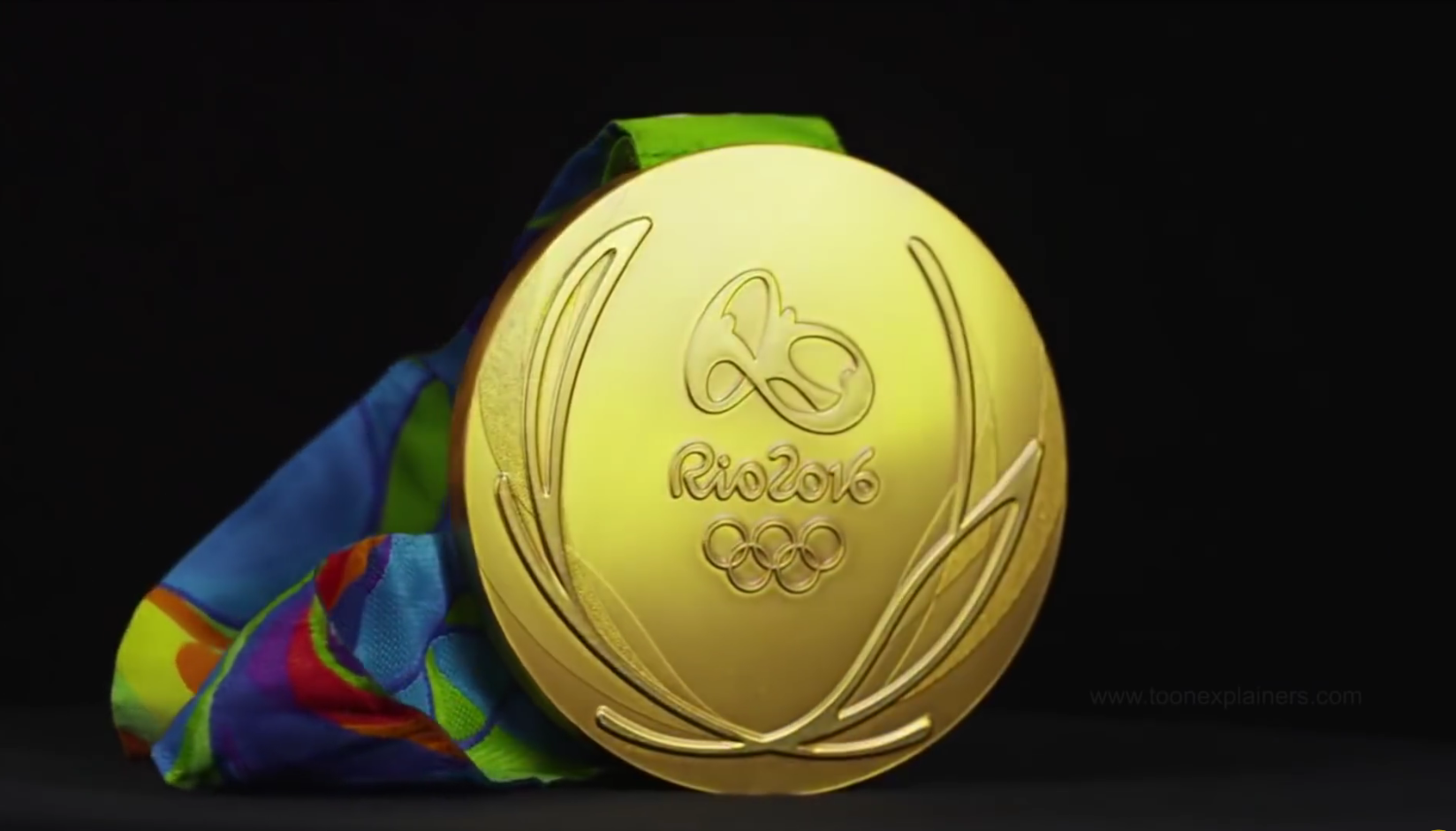 When talking about Facebook, the official Rio 2016 has posted every hour on average. Most of the content were information about results and texts shared from Rio 2016 official website. They had a very small amount of video content, and I found only one behind the scene video. And there was a lot of „talking“ about superstars like Michael Phelps and Usain Bolt.

On the other hand, the official Facebook channel of the International Olympic Committee was much more creative during my day of research, posting lots of live and non-live videos, congratulating athletes from not so popular sports. Unfortunately, the IOC doesn’t allow to embed video posts from their official FB page, but take a look at the link above and see how the good job is done.

Especially for 2016 Summer Olympics, Twitter has created 207 team emojis that were activated when users tweet the three-letter county code hashtag for their favourite team. They also created over 50 Olympics and sports emojis that could be triggered by hashtags which were available in English, Franch, Portuguese and Spanish. The main hashtags of the 2016 Summer Olympics – #Rio2016 and #Olympics – work also in Arabic, Japanese and Korean.

Official Rio2016 account on Twitter (as I mentioned above, they have separate accounts in English, Portuguese and Spanish) was much more active than one on Facebook. They had more than two tweets per hour (some of which were retweets) and shared more diverse content.

When Popole Misenga #ROT competed in Judo three days ago, the whole crowd was behind him. #Judo #OlympicGameshttps://t.co/bZU6Abngms

One of the most exciting games of #Rio2016! #ARG win 111-107 #BRA after the 2nd period of overtime! #Basketball pic.twitter.com/ULoz8msrJS

Nails and hair on fleek: Olympic athletes’ style worthy of a gold medalhttps://t.co/OmSgsacm24pic.twitter.com/7gJllcRmfK

Jongoh Jin #KOR is the first shooter to win 3 consecutive golds at the Olympics in the same event(50m pistol)! https://t.co/mycuW3zmGx

You can see #OlympicArt on the walls of the city of Rio. @JR an artist in residence for the #olympics added a photo of a little boy from Providencia to #IOPRio 2016 project. ❤️❤️❤️❤️

The official Instargam profile of Rio2016 wasn’t as active as it could have been on the day of my analysis, but it had some interesting  and unique videos and pictures.

Official Instagram profile of the IOC was more active than official Rio2016 profile, but what I consider bad is they used the same pictures and videos they have used on other social media channels (Facebook and Twitter).

What is interesting, Rio 2016 official YouTube channel published videos which are not focused on athletes but on fans and citizens of Rio de Janeiro which I find very commendable.

Interestingly, the official YouTube channel of the IOC wasn’t active during the games. The last video they published was before the start of the Summer Olympic Games. 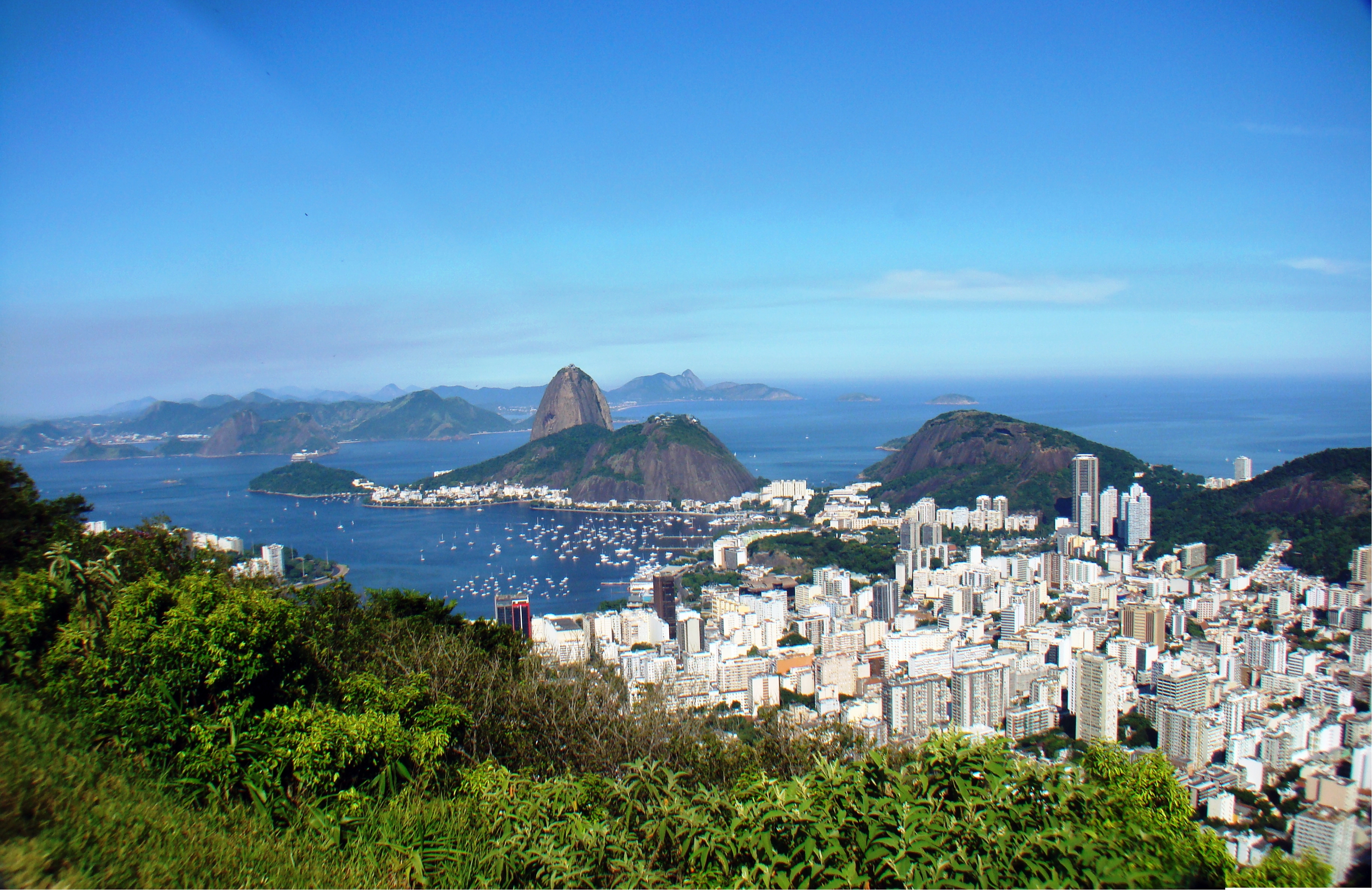 To conclude this case study, I have to say that I’ve expected more from the official Rio 2016 social media channels. I am not saying that they are doing a lousy job, but for one of the two biggest sporting events in the world (including Fifa World Cup) I have expected more. As I mentioned in the introduction, such events have the most money and human resources, and they can have excellent digital and social media marketing if they invest in it. I think they should be a role model for every other club, institution and sporting event.

On the other side, the International Olympic Committee did a much better job covering the Olympic day of my analysis (13th August). They created more diverse content (even though they weren’t active on YouTube) and it was much more appealing to analyse their accounts than those of Rio 2016. 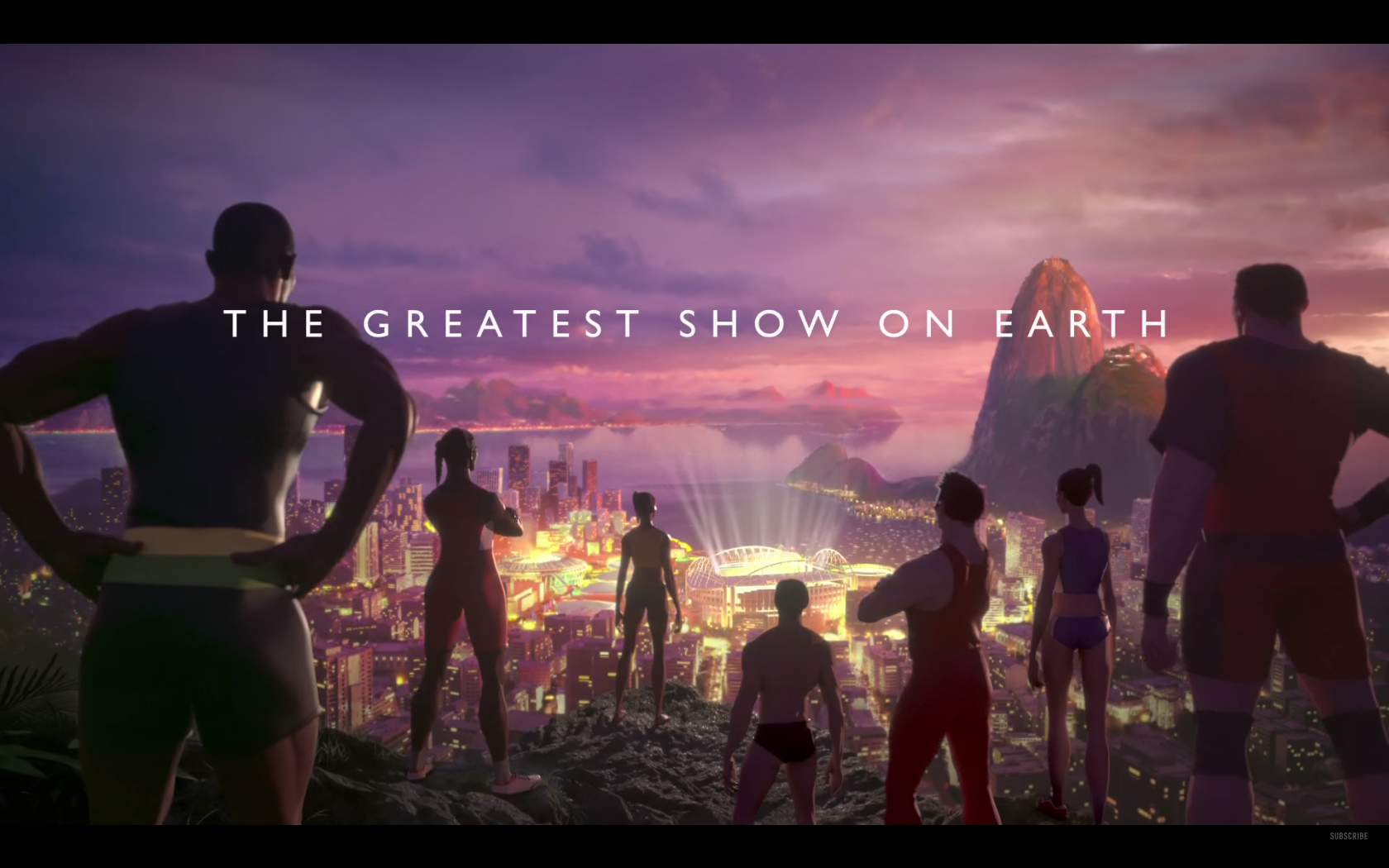 Talking in Olympic terminology,  I would say that Rio 2016 official accounts won the bronze medal and IOC’s silver. The gold medal I would give to UEFA Euro 2016, which was held a several months before. UEFA Euro had really great social media communication during the one-month tournament.

What do you think about communication on Olympics’ social media accounts? Please share your thoughts in comments below.