Is it better to be a great athlete or a big brand? 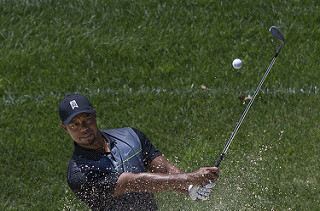 There is no consensus among golf analysts regarding who the best golfer of all time is. Most of them will say it’s Tiger Woods. However, many of them will stand out that the best golfer in history is Jack Nicklaus. Nicklaus is a golfer with the most major golf competition titles in history (18, 6 of which were Masters) while Tiger Woods has 14 major titles (4 Masters).

Even though Woods is arguably the best golfer in history, he is named on almost every list of the greatest athletes of all time. And he is ranked pretty high, side by side to Michael Jordan, Muhammad Ali, Jim Thorpe, Roger Federer, Pele, Babe Ruth and some of a few other real giants of world sport. 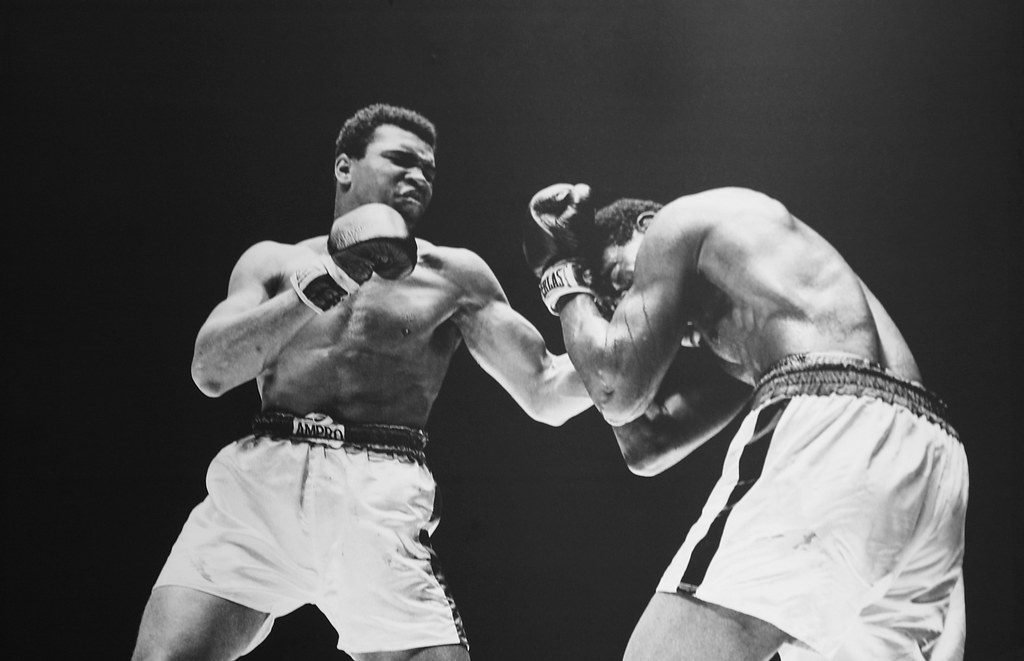 What is sure is that Tiger Woods is one of the biggest brand names in the history of sport. Although Woods isn’t in his prime for more than seven years (he won his last major tournament in 2008), he is still in the Top10 list of most paid athletes in the world (he was ranked 9th in 2015). According to Forbes’ annual list of highest-paid athletes, Woods was ranked 1st from 2001 until 2011. He was removed from the „throne“ in 2012 by Floyd Mayweather Jr., partly as a consequence of infidelity scandal that has shaken the global public and media space.

Not only that but according to Forbes, Tiger Woods is still the most valuable athlete brand. Every year Forbes chooses biggest brands in four categories – sports business, teams, sports events and athletes. Forbes brand values do not tell what the top teams, athletes, businesses and events in sports are worth. Rather, it is quantified by how much the name of each brand alone is worth.

The value of Tiger Woods name is estimated at $30 million. Interestingly, Phil Mickelson, another American professional golfer, is situated on the second place with estimated brand value of $28 million. As well as Tiger Woods, Mickelson isn’t in his prime. In fact, only several analysts will include him on the list of Top10 golfers of all time. Despite all that, he is considered to be the second biggest athlete brand, and he is ranked 8th on the Forbes’ list of highest-paid athletes, even before Woods.

What makes someone or something a great brand?

Of course, quality of the brand is very important, but it is not the only factor. When talking about the brand, the supporters and sponsors are guided more by emotional, not rational reasons. Even though it’s important for a brand to be of superior quality, emotional bond between a brand and customer is perhaps even more important. Besides emotional and rational values that a brand brings to its costumers, it is important for it to be unique or to have some charisma.

So that’s the reason why Tiger Woods or Roger Federer, even though they are not playing the best games in their careers, will attract premium brands like Nike, Rolex, Mercedes or Upper Deck and sign lucrative long-term deals with them . We also have an example of a retired NBA player Michael Jordan, probably the biggest brand athlete in the history of sport (and by many the greatest sportsperson of all time). MJ earned more money in 2014 ($100 million) from selling his Nike Air Jordan brand sneakers than in the entire 15-years-long playing career ($94 million)!

Not only that a bigger brand athlete will attract more lucrative sponsor deals or will receive better contracts, but will also be regarded as better athlete in the eyes of the public, journalists and fans.

Look at football for example. When discussing who the greatest footballer of all time is, the discussion is narrowed down to three names, mostly in this order: Pele, Lionel Messi and Diego Maradona. The shortlist includes players such as Johan Cruijff, Zinedine Zidane and eventually Ferenc Puskas, but never in the terms of the greatest of all time. 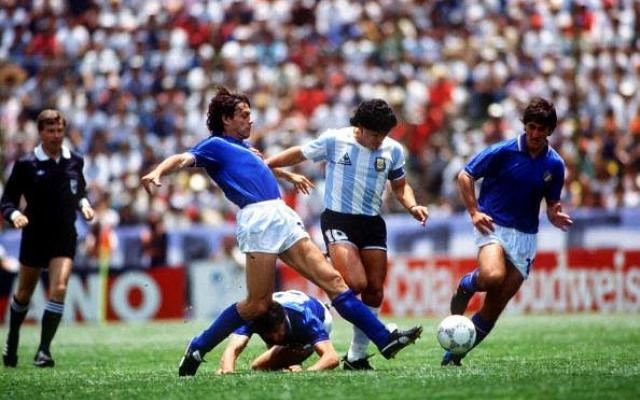 But, the example of Franz Beckenbauer is very interesting. Even though this magnificent German player is listed on probably every list of Top10 footballers of all time, he will never be listed or discussed among the Top3 footballers. Beckenbauer was a captain, a leader and the best player of legendary generations of West Germany and Bayern München, that won everything that could be won in football. „Der Kaiser“ clinched 1974 FIFA World Cup and 1972 UEFA European Championship with West Germany, and three European Cups (1974, ’75, ’76) and four Bundesliga (1969, ’72, ’73, ’74) with Bayern. Despite being a terrific player, who played with great skill and dominance, only a few analysts would consider discussing Beckenbauer as one of the Top3 or even Top5 players in history.  My opinion is that Beckenbauer played a non-attractive position – sweeper (although he was an all-rounder) – and he wasn’t globally as popular as the „goal machines“ I mentioned earlier in the text. Shortly, he wasn’t as big a brand as they were. 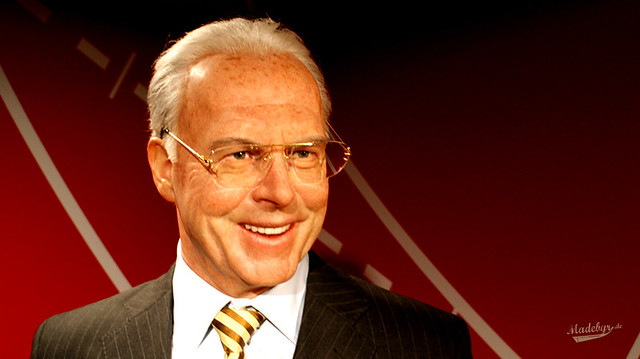 Andres Iniesta has the same problem. He was one of the best two or three players and one of the leaders of Spain and Barcelona’s dominance in the last ten years. Iniesta has won FIFA World Cup (in fact, he scored the decisive goal in 2010.) finals, two UEFA European Championships (2008, 2012) with Spain and four UEFA Champions Leagues (2006, ’09, ’12 and ’15) and seven Primera Divisions with Barcelona. Due to his unattractiveness, he isn’t even considered as the one of Top10 of all time.

And what about the biggest brands in the history of football? Two names are standing out. First is Cristiano Ronaldo, and second is David Beckham. C. Ronaldo is surely one of the most dominant players of modern time, some of the analysts will even include him on the Top10 lists of all time, but in almost every argumentive discussion he would lose a battle against Leo Messi. But, there is no doubt that C. Ronaldo is a bigger brand than Messi. 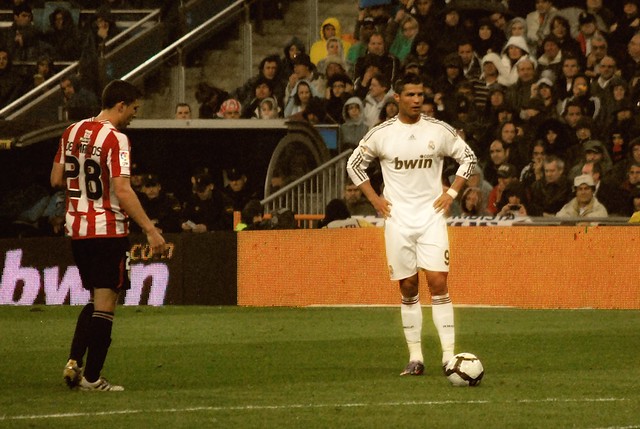 Retired football player David Beckham is maybe a more concrete example. During his prime he was considered to be one of the best players in the world, but never the best (he was twice runner-up for FIFA World Player of the Year). Despite that, he is considered as one of the biggest brands in the history of the sport. His popularity especially increased when he married (also) a megapopular Posh Spice, Victoria Beckham. Both of them had significant benefit from that co-branding. Because of his reputation and brand value, he signed a 5-year contract worth $32.5 million (6.5 per year) with LA Galaxy at age 32. And, before his retirement, 38-year-old Beckham signed for French champions Paris Saint-Germain a five-month deal and his entire salary was donated to a local children’s charity during his time in Paris. 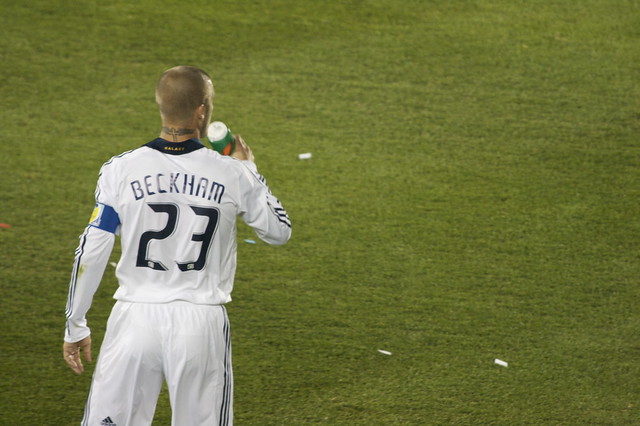 Is it different in women’s sport?

Not to be said that this text is only about male athletes, we should mention some female athletes. It is known that media coverage of women’s sport cannot be compared with the coverage and popularity of men. Therefore, there is much less money going around in the women’s sports. In the Forbes’ Top10 highest-paid female athletes, 7 of 10 of them were tennis players, and the reason for that is not the quality of those tennis players compared to athletes from other sports, but the fact that tennis is by far the most popular women’s sport since the 70’s. 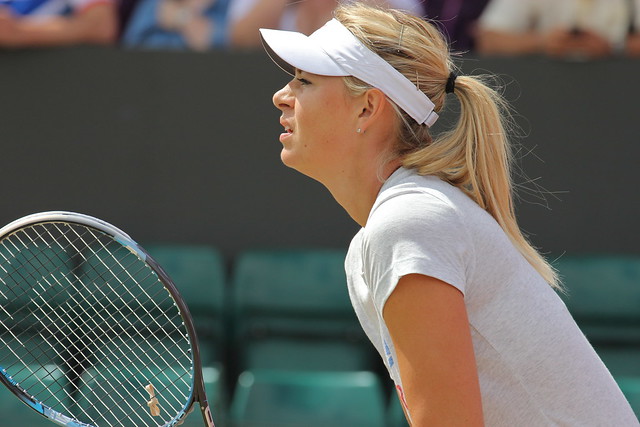 Perhaps the most famous example of female athlete brand is Anna Kournikova, a former tennis player, who never won a singles title, and her career ended when she was 21. But, she has become one of the most famous and highest paid athletes in history only because of the value of her brand. 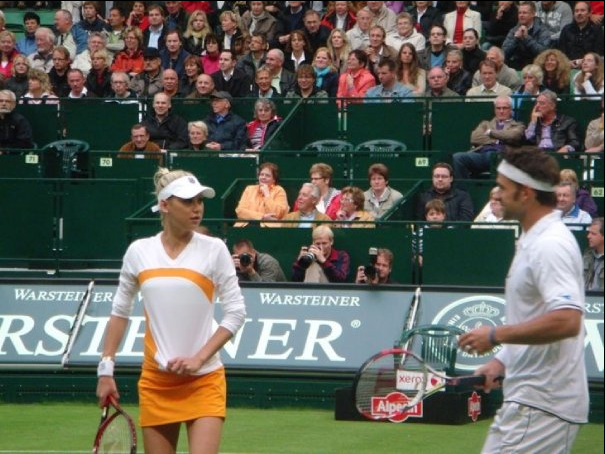 Being a great player in your sport is certainly an excellent way to brand yourself and provide a more lucrative sponsorship and club contracts. But, that’s not enough. In the modern globalized world, people are swamped with tons of information, and they have a superficial understanding of them. So, every professional athlete should consider using other – proven techniques – that can help them brand themselves in the global market and thus become more desirable to fans, sponsors and their employers.

There are athletes who become the greatest and highest-paid athletes mostly because they were simply the best in the game (like Michael Jordan, Muhammad Ali, Roger Federer, Michael Phelps, etc.). But, there are also many examples of athletes who signed great sponsorship and club contracts, not so much because of their quality, but because of the value of their brands. While other, more quality athletes, earned less money and played for weaker teams just because they weren’t so attractive or their image wasn’t right due to an inadequate or non-existent brand name strategy.

In the modern world, the professional athlete should not even consider do they need to hire professionals who will manage their brand name and reputation. What they should consider are WHICH professionals they will hire. Check out Overtime’s previous work and see if they are good enough to manage your brand.