I like watching cooking channels. I never plan to watch them, but when I’m browsing through TV channels I quite often stop on some cooking show. I myself am able to make a decent sushi (decent being used loosely) and my corn-flakes preparing skills are second to none (fact!). But even with that resume I can’t be called “good in the kitchen”.

Since everybody likes to eat quality food and drink quality beverages, in my opinion food related content will have good reception as long as human race exists.

The Biggest of Brands Launches a Massive Campaign

With the start of this year, a massive sport year that includes Euro 2016 and the Olympic Games, company with long history of sports sponsorship and one of the biggest brands in the world, Coca-Cola, decided to make a significant shift in its marketing strategy.

Coca-Cola announced that for the first time ever, all of their trademark brands will participate in one single global campaign called “Taste the Feeling.”

This “united” approach was launched by Coca Cola’s chief marketing officer Marcos de Quinto, who explains their thought process behind this decision:

“Taste the Feeling” campaign will be based on visual storytelling, using the amazing images shot by fashion photographers Guy Aroch and Nacho Ricci. Every one of these images contains a common theme, a familiar Coca-Cola icon – like its famous glass bottle or red bottle cap.

One of the parts of “Taste the Feeling” campaign is the sponsorship of Euro 2016. Since I remember, Coca Cola always offered fan focused activities during massive tournaments, and this time the strategy is to offer more fan-focused activities than ever before. Don’t worry, Coca Cola will, of course, once again use its very well tested marketing strategy – giving their customers free tickets for matches and other prizes.

Since Coca Cola’s strategy is fan-centered and based on humble approach, the goal for Euro 2016 will be to make a “simple act of drinking” any Coca-Cola product a memorable experience for fans.

And now we come to the interesting part, part that will remove the “?”  that “floats” above your head, ever since you read the intro of this article.

Excusez-moi, serveur? What Would You Suggest With Coca Cola?

Let’s go straight to the point: Huge part of Coca Cola’s Euro 2016 campaign will be based on food recipes. This strategy is already tested by other brands, especially small breweries. These will not be just some random recipes. Coca Cola will enable football fans during Euro 2016 to find the suggested recipes that form a perfect combination with their products. These combinations will maximize the enjoyment of both parts of the meal, food and Coca Cola beverage. Alongside recipes on Coca Cola’s website and official social media profiles, these recipes will appear on SimplyTastly smart phone app. Leendert den Hollander, vice president and general manager of Coca-Cola Enterprises, explained how this idea came to life after realization that 58% of UK citizens find their food recipe solutions online.

This might just be one of those facts we were all somewhat aware of, but don’t really think about.

It’s not hard to see how this is related to Euro 2016. Whenever there is a massive sport tournament many TV shows make a themed show. The same applies to cooking shows. Coca Cola food recipes will be chosen the same way, inspired by national cuisines of teams that participate in the Euro 2016.

Mr. Den Hollander added one related and very interesting fact. He said that the Coca Cola has finally made their peace with the fact that a marketer only has control of about 10% of the content, while customers themselves generate the rest of the content.

He finishes his thought:

This sums up the power of social media so well that I don’t have to find my way to finish this paragraph.

Greater Good is a Long Game

Coca Cola started to offer recipes on its website for one other reason, also. As many other companies do, Coca Cola also tries to find a way to promote healthier lifestyle in a combination with their product.

Leendert Den Hollander (just to remind you, he is vice president and general manager of Coca-Cola Enterprises) addressed this issue and clarified Coca Cola’s role in promotion of healthier lifestyle:

With increased awareness of sugar worldwide, last year in the UK Coca Cola started to change its marketing strategy. It was the all-brands-one-campaign strategy, that grew into “Taste the Feeling” campaign. Coca Cola changed its approach because, by the year 2020, they have the ambition to generate more than 50% of their sales in the UK from lower and no calorie products.

This goal can’t be reached without campaign designed in the same direction. So, at this point in time we can only wait as see if using the Euro 2016 campaign to make a stronger link between the Coca Cola brand and healthy food will make their goal for 2020 closer.

Even though healthy food and sports were not strongly linked in the past, this started to change.

HungryFan Mobile App was launched in November of 2013. Even though its name doesn’t leave much to the imagination I will describe this app properly, as it deserves. HungryFan app helps the fans in their quest for food and beverages during the game, minimizing the time fans spend away from their seat with their eyes away from the action. This app collects in one place menus from concessions, bars and kiosks at over 70 sports arenas in North America. Of course, not every fan is lucky enough to watch his or her team live, so HungryFan offers Sports Bar Radar, which helps the fans to find the best sports bars with or without team affiliation in North America.

Hungry Fan is led by celebrity cook Daina Falk, who is also daughter of super-agent David Falk. “Sport” upbringing helped Daina to gain knowledge of sports business. She combined her passion and understanding of sports, media and food to create this app that attempts to serve every fan’s healthy hunger-preventing needs.

“The ultimate goal of Hungry Fan is to curate Game Day for sports fans–whether they’re at home, in the parking lot, at a sports bar or in the stadium–all in ONE place. No more surging from one site to the next. Now, everything you need for Game Day is on one place.

I lost 60 lbs but was unwilling to give up my favorite Game Day eats. So I started making them myself and making them healthier (I studied Nutrition for 3 years and read voraciously about it today…still). People began asking me for my recipes, noting how amazed they were I was able to keep the weight off despite my love for that kind of food. So I ran with it and here I am today.” 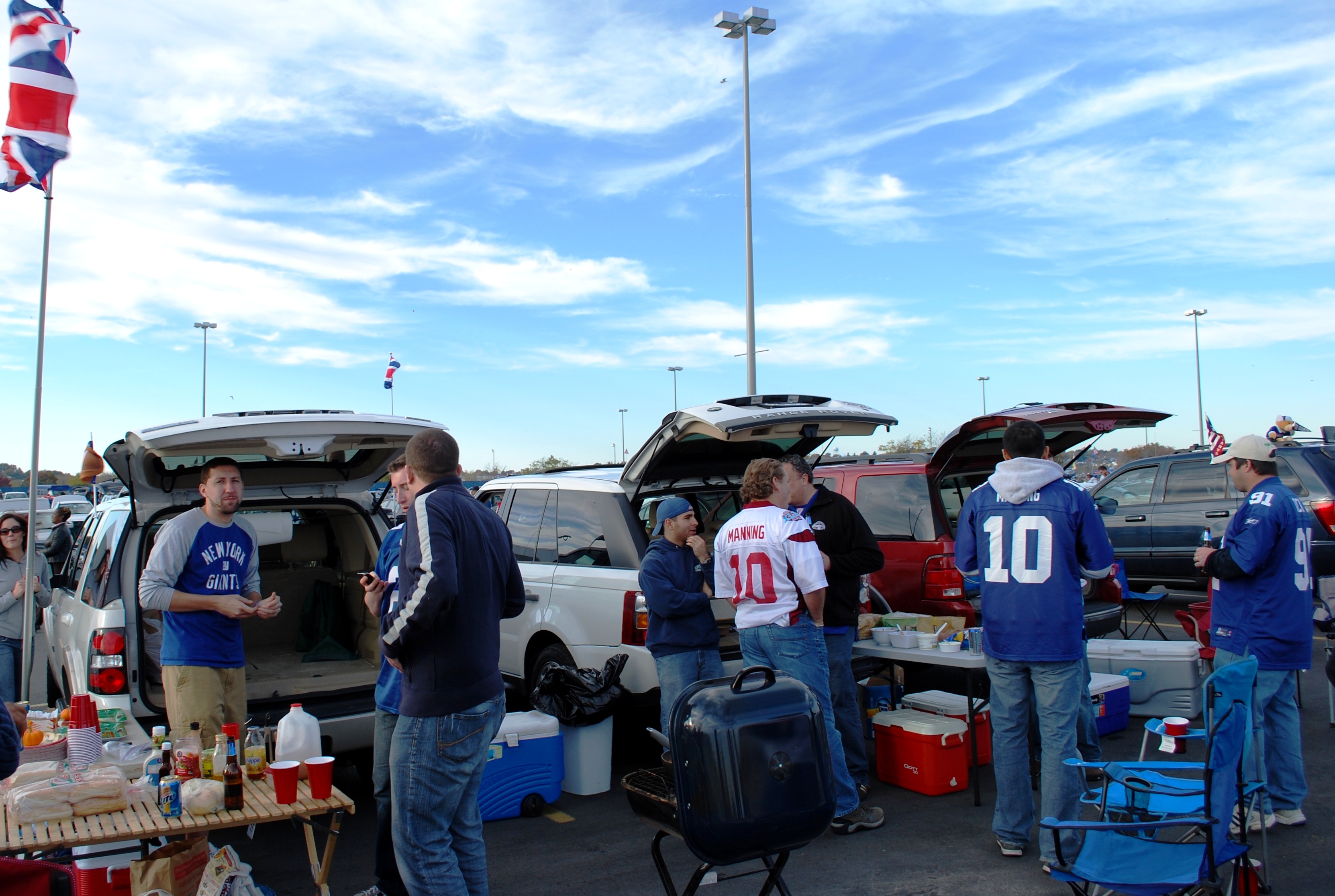 She also pointed out another merit that HungryFan offers to both its owners but also sport franchises, data:

“Hungry Fan App has one audience but two uses. The app helps hungry & thirsty sports fans find what to eat or drink so they don’t miss too much of the game. Their usage of the app provides me with invaluable data about their behavior and preferences, who they are, where they’re attending sporting events, etc., This data is valuable to teams as well, who share the same audience.”

To conclude, Mrs. Falk explains her understanding of present state of food industry:

“I see the food industry as being where sports was 20 years ago. It’s only going to get bigger. Furthermore, I think focusing on the regional/local side of it is so interesting and important. I like to provide recipes that are unique to the towns or regions from where they hail. I think this makes Game Day more interesting and enables my users/“fansumers” to feel like they’re the expert on Game Day “

Ancient Romans knew that people are happy when you entertain them and feed them. Thankfully, we have evolved and our entertainment now is far less barbaric than it was in Ancient Rome, but we are still humans. We like, not, LOVE to be entertained and feed! It makes us happy! And happy customer or fan is the ultimate goal for every marketing campaign.